Moderna to seek EU approval for Covid vaccines for teenagers 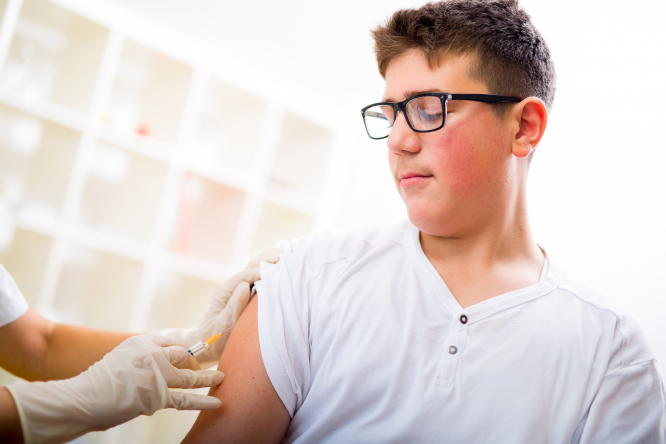 The Pfizer vaccine is being used to vaccinate teenagers in the US, but no vaccine for teens has been approved by the EU so far Pic: Adriaticfoto / Shutterstock

Moderna is seeking authorisation from the European Union to use its Covid vaccine for 12-17-year-olds, and is recommending a third shot of the vaccine for high-risk adults.

CEO Stéphane Bancel said the company would ask the EU for authorisation at the beginning of June to put the Moderna vaccine for teenagers on the market.

Speaking to the Journal du Dimanche on May 22, Mr Bancel said: “Between now and summer all adults who want to receive a vaccine will get a first dose. [Next] we will have to very quickly target teenagers aged 12-17.

“It would be ideal to start protecting them from the end of August. If we don’t vaccinate massively, the risk of a fourth wave cannot be ruled out.”

In Europe the only vaccine currently authorised for people under 18 is Pfizer/BioNTech, which can be used for 16-18-year-olds.

The Pfizer vaccine has been authorised for use among 12-16-year-olds in the US.

Read more: 'We are not yet safe from fourth wave' says French specialist

Mr Bancel also said a third dose of the vaccine should be given to people at high risk from Covid-19.

He said: “The arrival of new variants has raised the threat level.

“That’s why we have to look ahead and give a third dose of the vaccine to all at-risk people from the end of summer, particularly people in elderly care homes who got their first dose at the start of the year.”

Moderna is currently testing the effect of three different booster shots (based on the Wuhan strain, the South African variant and a blend of the two) on four variants of the virus. Results are expected in early June, before human trials begin in summer.

Mr Bancel expects the boosters could be approved by September.

Moderna available from French GPs and pharmacies this week

In France, the Moderna vaccine will be available outside of vaccine centres for use by GPs and pharmacists from this week.

Read more: Moderna vaccine available at pharmacies in France from May 28

The company expects to be able to produce up to 3 billion doses of its vaccine per year. Added to the 4 billion expected from Pfizer, it would be “enough to give everyone on the planet a first dose,” Mr Bancel said.

The businessman has been president of the American Moderna laboratory since 2011, and is a 9% owner of the company.

In the interview he responded to questions about his personal fortune, which Forbes reported grew by US$5billion during the pandemic thanks to his shares in Moderna.

He said he and his wife planned to leave the entirety of their fortune to their charitable foundation Champions of Love, created in January 2021.

“We have told our children,” he said. “We’ll pay for your studies, and then you figure out your own way!”