Motorbikes in France to be subject to contrôles techniques from 2023 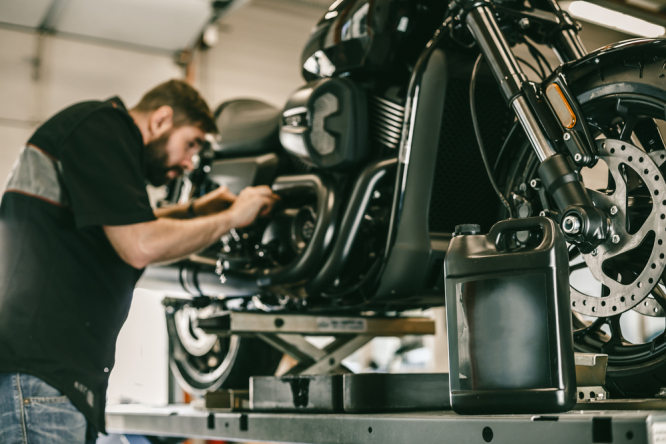 The roadworthiness checks on bikes and scooters every two years had been due to start from January 1, 2022, but were postponed in April Pic: IvanRiver / Shutterstock

Motorbikes and scooters in France will now be required to have regular contrôles techniques (CTs - the equivalent to an MOT in the UK) from 2023, the Transport Ministry has said.

The roadworthiness checks every two years had been due to start from January 1, 2022, but this was cancelled in April.

Now, the ministry has confirmed that the measure had only been postponed. France is aiming to introduce the rule from 2023 onwards.

In a statement, a spokesperson said: “A gradual introduction of the contrôle technique, which is a European obligation, will take place between 2023 and the end of 2026, depending on the vehicle’s date of matriculation.”

An EU directive requires that member states reduce the risk of accidents, noise pollution, and CO2 emissions. This had been set to start in 2020, but France managed to obtain a two-year postponement.

In April, the proposed introduction of the measure prompted protests from thousands of motorbike riders in France.

The federations believe that it is not practical to require motorbikes and scooters to have an MOT every two years, in the same way as cars and larger vehicles.

They say that the mechanical state of two-wheeled vehicles does not play a role in the risk of an accident in the same way as for cars, as bikes are maintained far more regularly, and modified much more too.

They also claim that the comparatively lower mileage of bikes does not justify the need to have a new MOT every two years and that the checks would be nothing more than a money-making scheme.

In the meantime, the Transport Ministry acknowledged the “impossibility of this introduction” in the previous time frame and instead suggested a “visual” servicing, which would include checks on pollution emitted and noise.

The government will now need to decide how the new tests will be organised and regulated.

This will include answering questions on how many centres will offer the service, what training specialists will need to perform the right checks, and if the requirement will apply to electric motorbikes and scooters.

It is likely to be a decision for the next government administration, which will be in power from 2022-2027.

Paris street parking fees set to rise 50% and motorbikes must pay too
French rural residents fear loud motorbikes will disturb summer calm
May motorbikes ‘weave in and out’ of traffic?