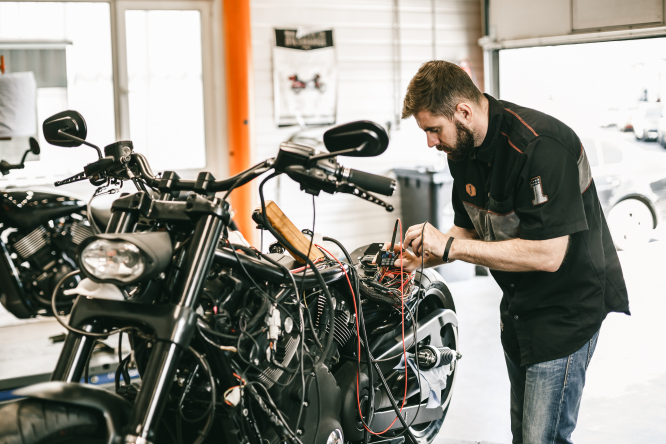 The new contrôle technique requirement had been detailed in a notice on the government's Journal officiel on Wednesday, August 11, but has now been put on hold. Pic: IvanRiver / Shutterstock

A new rule requiring regular contrôles techniques for French two- and three-wheeled vehicles from 2023 has been suspended until further notice on the request of President Emmanuel Macron.

The French Transport Ministry announced today (Thursday, August 12), that: “The transport minister [Jean-Baptiste Djebbari] has arranged with [motorbiker] federations to meet after la rentrée [the school summer holidays] for an in-depth discussion of the issues surrounding” the new requirement.

The contrôle technique - equivalent to a British MOT - was to become a necessary check for all motorbikes and mopeds over 50cc, as well as “motorised quadricycles.”

Vehicles would need to undergo their first roadworthiness test in the sixth months preceding the fourth anniversary of their being put onto the road.

After this, the contrôles would happen every two years, or before the motorbike or moped was resold.

The new law was announced on Wednesday, August 11 in a notice published in the government’s Journal officiel, and had been due to come into force on January 1 2023.

The introduction of the contrôle technique requirement - which is the result of an EU directive - prompted protests among motorcycle riders in France, with the biker group Fédération française des motards en colère (FFMC) announcing on Wednesday that it would again be demonstrating against the changes come la rentrée.

Motorbikes in France to be subject to contrôles techniques from 2023