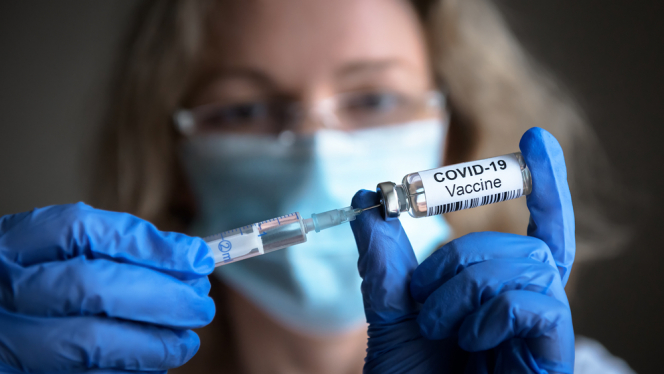 The study found that among symptomatic positive cases, only 4% of people infected were fully vaccinated Pic: Viacheslav Lopatin / Shutterstock

The majority of people who became infected with Covid-19 in France over the past two weeks were not completely vaccinated, a new study has shown. Only 6% of cases were among vaccinated people.

The study found that of 2,120 positive PCR tests reported each day on average, for the week June 28 to July 4, 80% were among people who were not fully vaccinated (people who have not had all doses required for their vaccine and health profile).

This shows that the proportion of vaccinated people among those infected is much lower than the proportion they represent in the general population; meaning that the vaccines appear to be blocking infections.

Among symptomatic positive cases, only 4% of people infected were fully vaccinated. In contrast, 96% of people with symptoms had only received one injection (one dose, when two or more are needed for all vaccines except the Janssen).

This figure was confirmed by Health Minister Olivier Véran this week, during a visit to a vaccination centre in Chambéry.

He said: “When you are vaccinated, you are four times less likely to catch Covid.”

The Delta variant - the mutation known as L452R - is still of concern in France, with 380 new daily cases reported on average for the period June 28 to July 4.

During this time, of all symptomatic patients, 180 non-vaccinated people carried the L452R mutation, versus 30 people who were fully vaccinated. Overall, the latter made up just 5.5% of cases.

This suggests that being fully vaccinated does offer protection against the Delta variant.

Drees said: “Given the small numbers involved, the protective effect of vaccination against infection does not appear significantly different for this particular mutation.”

Yet as with all studies there are some biases.

Drees noted that it is “possible that vaccinated people, who are therefore less worried than others [about catching Covid] get tested less, even if they have symptoms”.

It said: “Simple descriptive statistics do not allow us to precisely estimate vaccination effectiveness.”

France has long encouraged those who can, to get fully vaccinated as soon as possible.

After President Emmanuel Macron’s speech this week – in which he explained that people will be required to show the health pass to enter public spaces such as restaurants, cinemas, shopping centres and long-distance transport – online reservations shot up.

On July 13, France hit a new record for the highest number of vaccinations given in one day, at 792,339, with 17,000 new appointments being booked per minute immediately after the speech.

But the announcement also prompted protests, with at least 17,000 people marching against it on July 14.