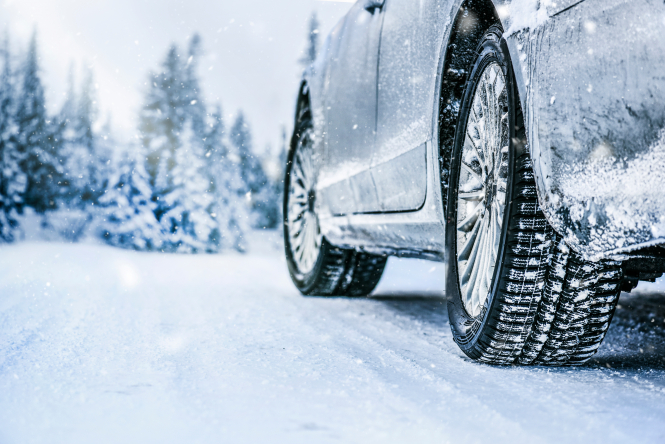 The new law will come into effect on November 1, and will apply to all vehicles except those with studded tyres and those not already fitted with all-weather tyres Pic: Krasula / Shutterstock

Snow tyres will be mandatory for vehicles in several mountain communes in France from November 1, but the government has stated that drivers found without them will not be punished this year.

Interior Minister Gérald Darmanin said: “Future breaches of the requirement to keep snow chains in your boot or to fit winter tyres in the departments concerned will not be punished this winter.

“Education and information campaigns will take place alongside the introduction of this rule in the next few weeks.”

The normal fine for the first breach of the rule will be €135, and you may not be allowed to continue your journey if you are stopped by authorities.

However, this year will be a “grace period”, the minister said.

Studies suggest that the majority of people in France are still unaware of the rule.

A full 65% of drivers had never heard of it, when asked in a poll by Opinionway for tyre specialist Point-S, at the end of September. Even more people (86%) said that the measure would be “too expensive”.

Yet, 30% said that they would make sure they were ready for the rule by winter.

What is the new rule?

The new rule, dubbed the ‘mountain law’, will require vehicles - including campervans - that drive in the affected mountain communes to either:

The chains or socks must be suitable for at least two ‘driving’ wheels (such as the rear wheels on a rear-wheel-drive vehicle), and the driver must be able to fit them if and when needed.

If using them, winter tyres must be fitted to all four wheels and must be marked with either “M+S”, “M.S.” or “M&S”, and/or the “snow mountain” logo to be valid.

Signs in the areas concerned will show a symbol of a mountain with a suitcase of chains and a tyre, to show where the rule applies.

Currently, snow tyres or chains are only required on roads with B26 signs reading “équipements spéciaux obligatoires” (“special equipment is compulsory”) in snowy weather.

Read more: Mandatory winter tyres in France: key details to look out for

What vehicles does the rule apply to?

All normal cars, small vans, and campervans; as well as coaches, buses and HGVs without trailers or semi-trailers.

HGVs with trailers or semi-trailers must have snow chains to fit at least two driving wheels, even if they are also fitted with winter tyres.

It does not apply to vehicles with studded tyres.

Does the rule apply to foreign cars or visiting cars driving in or through France, such as UK-registered cars?

Yes. Tyre and motoring expert Michelin UK states that drivers should “always check the local legislation and regulations before travelling”.

On a page for UK drivers, it states that “a prefecture may issue a decree requiring specific winter equipment (winter tyres or snow chains) between November 1 and March 31” in France.

This suggests that it recommends that all cars, even those registered in the UK, comply with the law when in France.

When does the new rule apply?

In the affected communes from November 1 to March 31 each year, starting this November (2021).

Which areas or communes are affected?

Local authorities in 48 departments were given the choice to consult with local councils on whether to apply the rule in their areas and, if so, is which communes.

The full list of 48 departments that were given the option to impose the rule were:

Five have announced that they will apply the rule across the entire department. They are: Cantal, Haute-Loire, Haute-Savoie, Puy-de-Dôme, Savoie

The following have announced that they will not be apply the rule in any of their communes: Nièvre, Corrèze, Côte-d'Or, Creuse, Haute-Vienne, Lot, Meurthe-et-Moselle, Saône-et-Loire and Tarn-et-Garonne.

Where in France will snow tyres be mandatory under new November law?

1 day ago
3
Fifth Covid wave: Ministers to meet, what measures could France take?