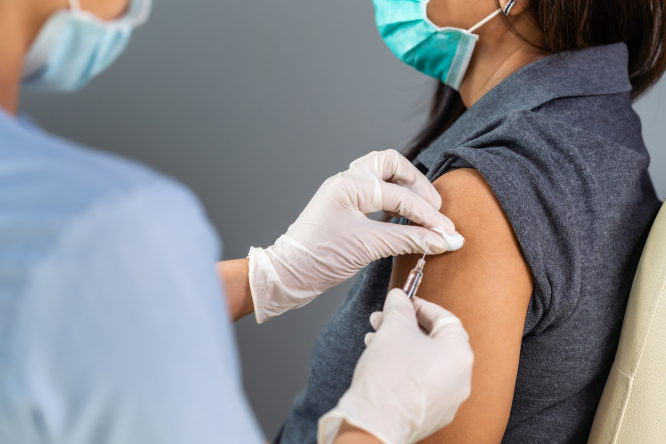 Some 118,000 people in France have had their third vaccine since the booster campaign officially launched last week, latest figures published by the French public health agency show.

However, by this point, more than 140,000 people had also been given theirs early (from April 30) because they were immunocompromised, taking the total to over a quarter of a million.

Data for those who contracted the virus and therefore received a second booster, or who had the Janssen single-dose vaccine will be released later.

The booster campaign is ramping up, with daily injections being given at 20 times the rate they were over the summer.

During the months of July and August, around 1,000 third jabs were recorded per day. As of September 1, this has risen to over 20,000 per day.

At the end of August, the Haute Autorite de Sante (HAS) health authority revised its recommendations on who should be prioritised for the booster jabs.

Anyone aged 65 or over is now included, as are people at risk of contracting severe forms of Covid.

Health professionals are still waiting to hear whether or not they will be prioritised this time around.

According to the French public health agency, as of September 7, 73% of the population had received at least a first dose and 68% had completed their vaccination schedule.

This means that the number of people getting vaccinated against Covid in France is still decreasing generally.

Fourth doses will begin between three and six months after the immunocompromised received their third dose, the doctor and journalist Dr Damien Mascret said in an interview with France 3.