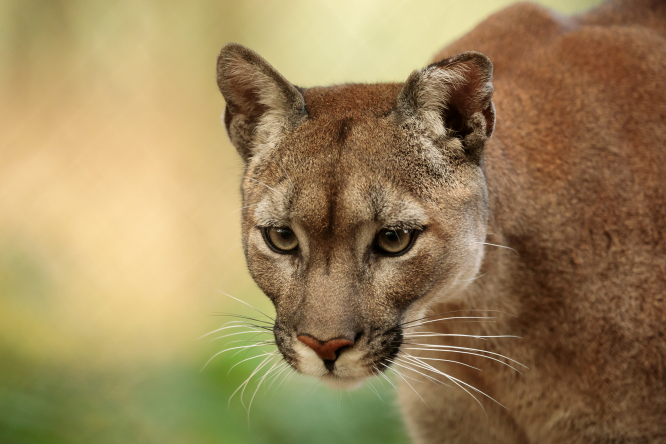 The local gendarmerie confirmed that the animal is a young puma on Monday Pic: Michal Ninger / Shutterstock

More than 42,000 people have signed a petition calling for “justice and respect” for the big cat that the authorities have been tracking across Pas-de-Calais for the past six days.

Pas-de-Calais’ prefecture has decided to authorise the shooting of the animal – which the gendarmerie has confirmed to be a young puma – if necessary for the “protection” of local people.

“If we can capture it, we will,” the prefecture said. “But this is a wild animal: we don’t know where it has come from or how it might act. This is making our search for it even more difficult.

“The swiftness of [the cat’s] movements and its ability to hide itself in woodland mean that we are unable to catch it.

“It is impossible to tranquilise this animal. In order to do this, we would need to inject it with a hypodermic needle, which can only be done if you are within 20 metres [of the target],” the prefecture told Franceinfo. “No one knows how to do this with a cat whose temperament is unknown.”

The petition opposing this decision states that: “So far, there have been no attacks recorded, whether on humans or animals.

“In the US, pumas are included on the list of endangered species. It is therefore forbidden to voluntarily kill a puma, but this law does not apply in France, where pumas are not an endemic species.

“Now the prefect [of Pas-de-Calais] has authorised the killing of a “dangerous” animal which has not caused any problems within the local ecosystem.”

The cat was first spotted in the village of Auxi-le-Château in the evening of Wednesday, October 13, and has since been seen several times around Frévent and Ligny-sur-Canche.

Teams from the local gendarmerie, fire and rescue service and the Office français de la biodiversité wildlife agency have been deployed –  along with a helicopter – with the aim of tracking and capturing the animal.

However, six days later it is still on the loose and gendarmes have thus far hesitated before trying to tranquilise it, preferring to seek assistance from a vet.

There is no zoo or circus in the vicinity and so it is believed that the puma could be an undeclared pet. However, no one has come forward to claim the animal and the gendarmerie is urging anyone with further information to contact the authorities, even if anonymously.

The decree allowing authorities to shoot at the puma lasts until October 29.

Pumas – also known as cougars or mountain lions – are large, highly adaptable cats which are normally found in habitats across North and South America.

Adult males can reach a length of 2.4m from nose to tail, and a weight of 52-100kg. Depending on their habitat, their coats can range from light brown to sandy red in colour.

Escaped parakeets in France lead to flock of 8,000