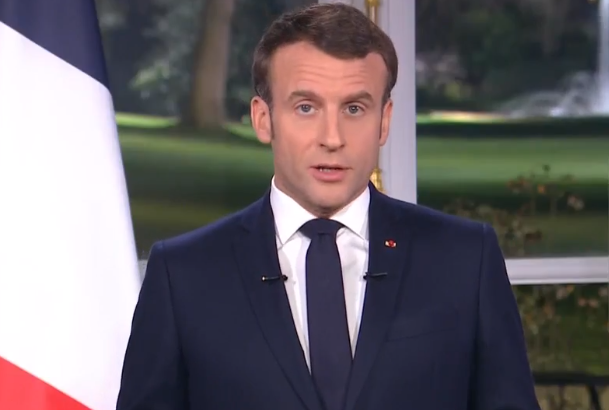 President Emmanuel Macron has doubled-down on plans to push through controversial pension reforms that have sparked France's biggest transport strikes in decades.

"The pension reform will be carried out," Mr Macron said in his televised New Year's address to the nation on New Year’s Eve, adding that he hoped for a "quick compromise" following nearly a month of strikes and protests, with unions demanding he abandon the plan.

"Should we give up changing our country, our daily life? No … It would mean betraying our children, and their children, who would then have to pay the price for our renunciations. That is why the pension reform will be completed."

Most French people believe the country’s pension system - which has 42 separate schemes - needs reform. But unions want plans for a single points-based system and a 'pivot age' of 64 from which workers will receive a full pension and benefits, above the official retirement age of 62, to be dropped. Some jobs enjoy special benefits because they are considered “difficult”. Train driver is among the jobs to enjoy these benefits.

Mr Macron said he had 'heard a lot of lies and manipulation' throughout the period of the rail dispute.

Carefully avoiding the phrase 'pivot age' in his speech, he added: "I expect Edouard Philippe's government to find a way to reach a rapid compromise while respecting the principles."

Mr Macron said the disputed pension reform would, "take into account the difficult tasks in order to allow those who perform them to leave earlier, without this being linked to a statute or a company".

"We will begin the upgrading and transformation of the careers of teachers, professors and care workers," he said, without going into details. "We must continue to invest more in education and health."

Talks are set to resume on Tuesday, January 7, but unions have already said they will not back down. Another day of mass protests are planned for Thursday, January 9, with teachers, doctors, hospital workers and other public-sector employees set to join the strike for the day.

Political opponents were quick to criticise Mr Macron's plans. LFI MP Eric Coquerel, told Franceinfo the speech, "sent a very clear message to the French, which is a message of mobilisation".

"People will mobilise even more strongly to put this president, who is decidedly lacking in humility, back in his place," he said.

And Eric Ciotti, the LR deputy from the Alpes-Maritimes, tweeted: "At a time when the country is emerging from a year of violence and heightened social tensions Emmanuel Macron is offering agreed presidential vows that are as long as they are hollow, soulless and without perspective."