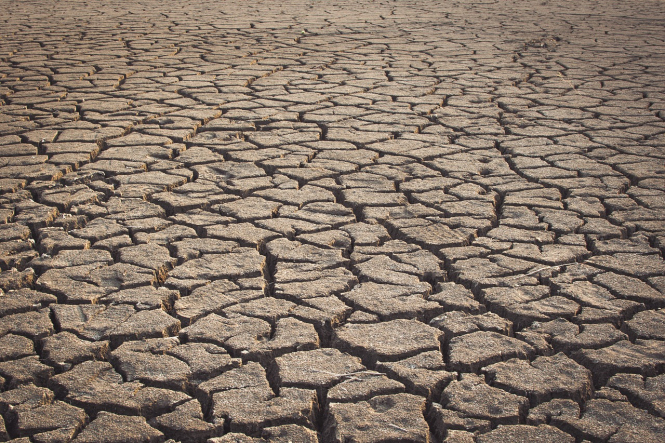 More than half of France’s departments are at risk of drought this summer.
By Joanna York

A map published on May 14 by France’s Ecology Ministry (Ministère de la transition écologique) indicates that droughts will hit an expected 53 departments in France this summer.

The map, made in collaboration with organisations such as national forecaster Météo France and biodiversity authority l’Office Français de la Biodiversité, shows that the risk of drought is most likely in 11 departments in the Massif central region, marked in red.

These include the regions of Auvergne-Rhône Alpes, Bourgogne-Franche-Comté, Grand-Est, Centre-Val de Loire and Nouvelle-Aquitaine.

In summer 2019, 88 of France’s 101 departments were put on drought alert or given water usage restrictions. Of these departments, 13 experienced shortages of supplies, with the most extreme restrictions (in Ariège and Haute-Saône) lasting up to 100 days.

Forecasters expect similar difficulties this year and they advise extra measures be put in place “to limit the risk of an extra crisis as we also deal with Covid”.

Of particular note is that underground water reserves were found to be “higher than average a result of effective, premature, significant rainfall” in results of research released by French geological survey, BRGM on May 13.

However, they note, the amount of reserves vary from region to region in France. This year the east of France experienced less winter rainfall than other regions, and so is less prepared for summer. The department of Ain has been on drought alert since the end of March.

This is compounded by the fact that “certain reserves have been in deficit for three years, particularly in Auvergne-Rhône-Alpes, Bourgogne and the Haut-Rhin.

Hydrogeologist (groundwater expert) Violaine Bault told ecology news website Reporterre: “Reserves haven’t been recharging since the beginning of March, and those that we would say are ‘reactivated’ because they’re in porous soil, are emptying quickly. That’s the case, for example, for the water in the Rhône corridor and in the Saône, or for the Jurassic limestone in the Jura.”

In addition, in the past few years, France has been experiencing less rain, especially in summer. Measures taken this April in France were equivalent to “a ground humidity rate we would normally see on the August 15”, hydrologist Emma Haziza told RTL.

To combat the problem, the Ecology Ministry is encouraging “increased interdepartmental coordination, harmonisation of water restrictions and actions to avoid failure to supply drinking water".

They stress the need to “better coordinate all involved parties and take quick decisions so that the division of water is done in the best possible conditions".

They also plan to develop a digital information service “in order to quickly and simply communicate to the public the situation of the deficit and the measures to respect".

How to use rainwater in France