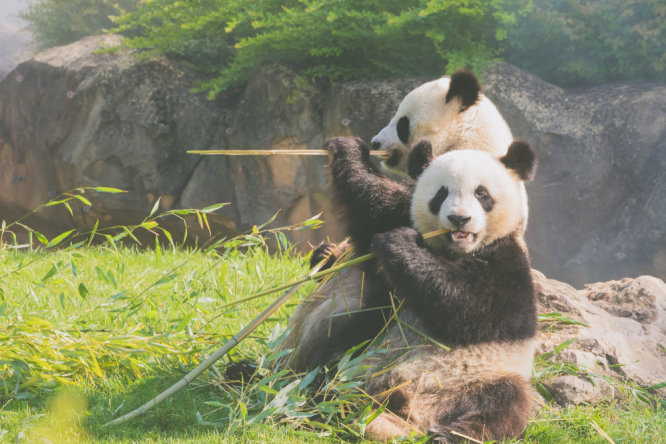 Beauval Zoo in central France announced this week that Huan Huan the panda is expecting a second cub.

A scan showed the embryo currently measures 1.74 cm long, so Huan Huan should give birth to her second cub before the end of the summer, a spokesman for the zoo told AFP.

Giant pandas Huan Huan and Yuan Zi arrived at Beauval Zoo on loan from China in 2012 on a ten-year loan period. Their first cub, born in August 2017, was also the first to be born in France.

Huan Huan and Yuan Zi tried to mate again at the end of March this year, but as female pandas are only fertile for 24 to 48 hours every year, artificial insemination was carried out as well.

Beauval’s giant pandas are one of the main attractions at the zoo and when the first cub entered the enclosure at five months old, visitors queued outside for hours to see it.

Giant pandas vulnerable but not endangered

Vets at the zoo will now be carrying out regular checks on the new embryo, up to twice a week if Huan Huan allows it.

She will likely spend the rest of her pregnancy sleeping as much as possible and is also expected to eat less and less until she gives birth.

The first panda to be born in France is now four years old with Yuan Meng weighing in at over 100 kilos.

There are currently around 500 pandas living in captivity and another 2,000 living in the wild in China.

Breeding programmes like that at Beauval Zoo have helped improve the fortunes of giant pandas, which since 2016 are no longer classified as endangered, yet remain vulnerable.

The loaning of precious pandas from China to zoos around the world is well-known, with research suggesting they are effective for diplomacy and strengthen ties with chosen countries.