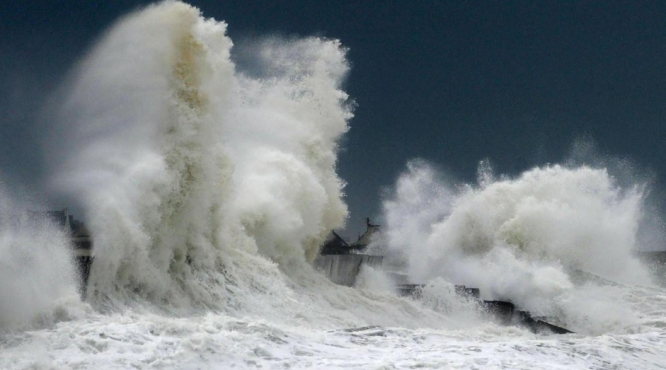 Forecasters have heightened the weather alert level in one Brittany department from orange to the highest level of red overnight as storm Alex batters the west coast of France, while officials in the southeastern department of Alpes-Maritimes have ordered all schools to close on Friday because of severe storms.

Residents in Morbihan are warned to expect power cuts and falling trees caused by driving rain, woth up to 80mm of water in a short period, and wind speeds forecast to reach between 130kph and 150kph from late evening on Thursday into Friday morning.

Meanwhile in Vendée and southern Finistère, currently on an orange weather warning, along with Loire Atlantique, Ille-et-Vilaine and Côtes-d'Armor, gusts of up to 120kph are likely, and - forecasters warn - tornadoes are possible.

In southeast France, meanwhile, a weather phenomenon known as an épisode méditerranéen has prompted officials in the Alpes-Maritimes to close all schools on Friday.

The department is one of four in southeast France - along with the Var, Alpes-de-Haute-Provence, and Hautes-Alpes - on orange alert for thunderstorms, heavy rain, and flooding for 24 hours from Thursday evening.

Forecasters warn up to 150mm of rain could fall in some areas in a very short period.

4 days ago
5
Covid variants in France: ‘Isolation and lockdown needed’