Strike action could close half of French primary schools tomorrow 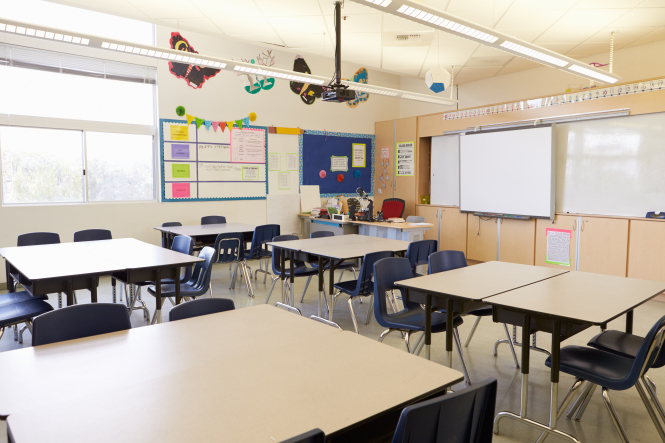 Up to 75% of primary school teachers could go on strike tomorrow over the government’s Covid rules Pic: Monkey Business Images / Shutterstock

Up to half of French primary schools could close tomorrow (January 13) as teachers join strike action over the current Covid-related rules imposed in educational settings.

Primary teacher union Snuipp-FSU has said that 75% of teachers at this level could strike, adding in a statement that: “This mobilisation, which is historic in its size, is not a ‘strike against the virus’ but illustrates the growing despondency within schools.”

This was in response to comments by Education Minister Jean-Michel Blanquer, who said: “Strikes will not solve these problems; you can’t strike against a virus.”

The union also criticised “worsening working conditions” and the “continual lies of the education minister.”

Government had announced some rule relaxations

On Monday, Prime Minister Jean Castex announced three slight rule relaxations regarding pupil testing requirements, in the hope of easing the pressure on teachers and parents.

Pupils who are identified as close contacts of a Covid case identified in a class must carry out three tests, and parents had previously been required to collect their children and take them to a testing centre straightaway.

However, now they will be able to wait until the end of the day, and will also be able to access three free self-administered tests for the purpose.

Parents will also only have to provide one attestation to prove that their child has tested negative and not three.

However, these changes did not satisfy unions and the strike action was maintained.

Guislaine David, co-secretary general of the Snuipp-FSU, criticised the fact that Mr Castex made his announcements without consulting teaching bodies, and that the government has relaxed certain measures while case numbers continue to rise.

“Teachers were able to listen to the prime minister announcing yet another relaxation this evening, while we are asking for heightened hygiene measures in schools,” she said.

‘No longer a school but a ‘day-care centre’’

“Not only does the current protocol not protect pupils, staff and families, but it also completely disorganises school life,” the Snuipp-FSU said in its statement.

“So, although the government has repeatedly argued to the contrary, it is no longer a school which is open but a type of ‘day-care centre’.

“Under current conditions, pupils cannot learn properly, as their number fluctuates a lot and it is impossible to apply the hybrid system combining in-person and online learning.”

The Snuipp-FSU also criticised the “non-replacement of sick teachers, which is becoming untenable.”

It says that it will “do everything it can to make the government finally understand the anger of staff.

“After January 13, if necessary, it will propose further action against the government’s contempt, for the safety of schools and the necessary recruitment of staff.

“Teachers’ anger is not an by-product of the circumstances but originates both from the incompetent incapacity to manage the health crisis within schools but also more generally in the educational policy in force for the last five years which is ruining schools and showing contempt for staff.”

Mr Castex told the Assemblée nationale that as of yesterday (January 11) there are currently 10,400 – or 2% of all primary – classes closed due to Covid.

Up to 80% of teachers to strike in Seine-Saint-Denis

The Snuipp-FSU has estimated that in Seine-Saint-Denis the number of primary teachers on strike could rise to 80%, and more than 50% of schools could have to close.

“For two years now, we have been calling for protective measures (CO2 sensors, surgical masks, FFP2 masks, air purifiers…) and extra staff to help teachers to do their job,” it said.

Parent union FCPE has also asked parents not to send their children to school on Thursday to support the teachers’ strike.

The union’s co-president Nageate Belahcen told Franceinfo that “the moment has come to say ‘no’ to the health protocol. It is not adapted to the situation.

“We have just experienced a very chaotic return from the Christmas holidays. Teachers and parents are cracking.