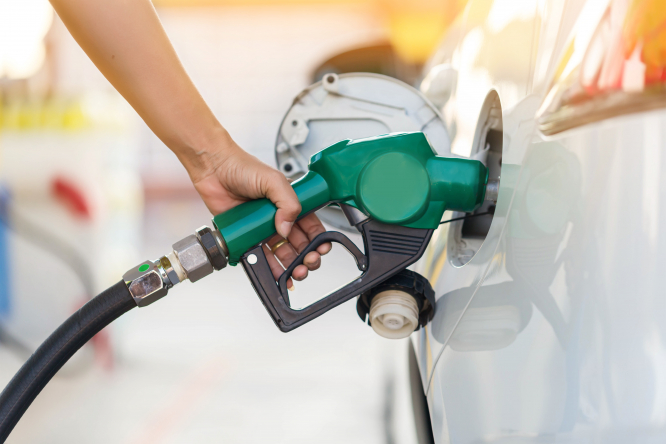 Prices for fuel have risen again this week in France.

Diesel prices are up two centimes, hitting a new record high of €1.576/litre, and prices for SP95 are up just over two centimes and are now the highest they have been for 10 years, at €1.666/litre.

Prices for SP95-E10 have also risen to €1.644/litre, according to independent comparison website, Carbu.com.

With prices likely to remain high for the foreseeable future, we explain how to find the cheapest petrol prices near where you live.

Multiple smartphone apps, such as Essence&CO, Zagaz, Mobicarbu, 1-2-3 Fuel or Gaspal can help you find the cheapest prices in your area.

Generally, users are directed towards large out-of-town supermarkets, which do not rely solely on petrol sales for turnover.

He added that, in “traditional service stations, petrol sales can represent 60% of the total turnover,” meaning prices are often higher.

BFMTV has used information on the site to make interactive maps showing the five cheapest petrol stations in each department to buy diesel and SP95 fuel.

The cheapest locations to buy diesel

The cheapest locations to buy SP95

However, note that the data included is from October 17, and out of 13,000 petrol stations analysed, 3,500 did not have any prices for either fuel.

Leclerc has said it will sell petrol at cost price until the end of the month, as are some Casino stores.

In the Leclerc supermarket where petrol currently costs the cheapest in France, this means that customers will pay €1.480/litre of diesel, or €37 to fill a 25 litre tank.

Casino has also announced that in 32 hypermarkets, where petrol is not being sold at cost price, it will give customers vouchers equivalent to the difference between the price paid for a litre of fuel and €1.

Carrefour has also said it will offer customers who buy at least 25 litres of fuel in its petrol stations a €5 gift voucher, or €5 worth of points on their loyalty cards from tomorrow (October 20).

Blablacar said it had seen a 15% increase in the number of journeys offered by drivers in the past three weeks, going up 50% for ‘Blablacar Daily’ trips, which are for short journeys, often to and from work places.

The Transport Ministry estimates that 900,000 people in France currently use ride-sharing options on a daily basis, and it aims to increase this to three million by 2024.

It said: “This would mean we could reduce the number of cars on the road everyday by one million, and save 7,800 tonnes of daily CO2 emissions.”

Gas, electricity, petrol: See how your bills are rising in France