Gas, electricity, petrol: See how your bills are rising in France 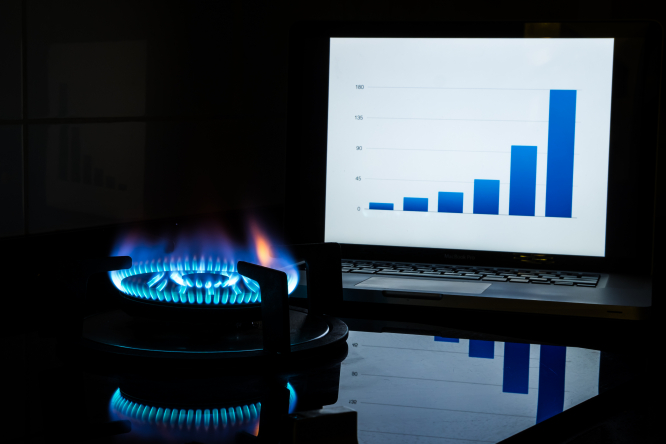 Gas, electricity and fuel prices have been rising in recent months in France and elsewhere, in large part due to the economic crisis triggered by Covid-19.

On Thursday, September 30, Prime Minister, Jean Castex, announced a set of ‘price-protection’ measures to limit the impact of the increase in energy bills on households.

The prime minister said that the 12.6% gas rise to regulated rates in October would be the last until April 2022 – prices are to remain fixed for the next six months.

He also said that the next increase in regulated electricity prices, planned for February 2022, would be limited to 4%.

The prime minister did not make any announcements about rising petrol prices. However, he said the government was “attentive to the situation”.

What do rising energy prices mean for my household bills?

On September 1, the ​​Commission de régulation de l’énergie - CRE (French Energy Regulatory Commission) announced an 8.7% increase in domestic gas prices, following a 10% increase in July and a 5% increase in August of this year.

The impact of rising domestic gas prices can be felt across households across France. The graph below shows how the average annual gas bill for France has risen rapidly since May 2021.

Consumer body UFC-Que Choisir estimates that a household that expected to pay €1,030 for electricity in 2021 will end up having to pay a bill closer to €1,400.

The graph below shows how the average annual electricity bill for households in France has increased since 2006. The price increase is more tempered than what we are seeing for gas.

An increase in electricity prices of around 10% is anticipated in February 2022, according to the CRE.

UFC-Que Choisir believes that the price hike will represent an average increase of €150 for annual electricity bills of households that use electricity for heating.

This amount is higher than the €100 ‘cheques énergies’ promised to the 6 million low-income households promised by the government in September.

After a collapse in prices during lockdown, prices are returning to pre-Covid levels again.

The graph below shows the evolution of petrol prices since 2017.

An increase in petrol prices, even if it is only to pre-pandemic rates, will affect those households and businesses relying on fuel to operate.

Advice for saving money on your bills in France

'We changed our French electricity supplier and saved €1,000 a year'