Tesla tops list of electric cars sold in France in 2021 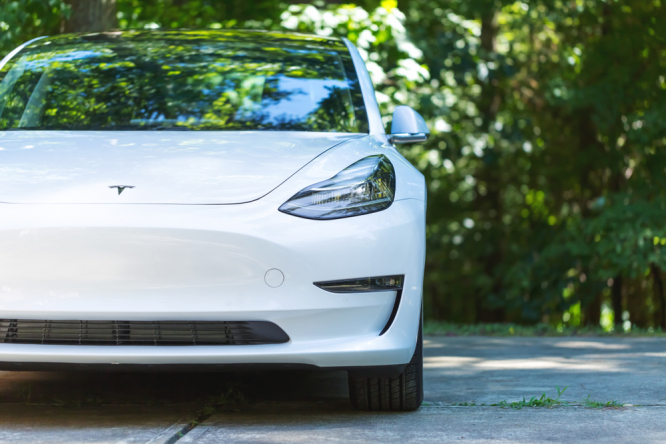 Tesla came top for individual and business sales, and in 10th place for individual-only sales in France in the first six months of the year Pic: TierneyMJ / Shutterstock

American brand Tesla has topped the list of electric cars sold in France in the first half of the year, new data has shown, with the Tesla Model 3 ahead of the Renault Zoé and the Peugeot e-208.

The ranking used data from automobile statistics company AAA Data to compile the list by car models sold, both to individuals and to businesses, including car hire firms.

Tesla sales rapidly increased towards the end of the quarter. In June alone, it sold 5,000 vehicles.

The company opened a delivery centre in Paris-Nord Villepinte at the end of May, and another site in June, in Saint-Priest, near Lyon.

The ranking is surprising as France is often considered as more likely to buy French rather than American when it comes to cars. The second and third most popular brands (as well as the fifth and seventh) – Renault and Peugeot – are French.

The data does not show how many people used the government aid to help them buy a vehicle, but the aid only applies to cars that cost less than €45,000.

Worldwide, Tesla has had a record year, delivering more than 200,000 vehicles in the second quarter of the year for the first time ever.

All vehicles sold to individuals

Beyond electric cars, the Dacia Sandero came out ahead of the Peugeot 208 in the rankings of all types of vehicles sold to individuals (as opposed to car rental companies or businesses).

Tesla came in at 10th place overall on new cars sold to individuals only, at 9,415.

Electric vehicles will be ‘as cheap as fossil fuel’ in five years
What state help is available in France to buy a new electric car?
Crit'Air rules: Paris to limit access to certain cars from June 1

3 days ago
2
Who still has to pay taxe d’habitation in France and until when?