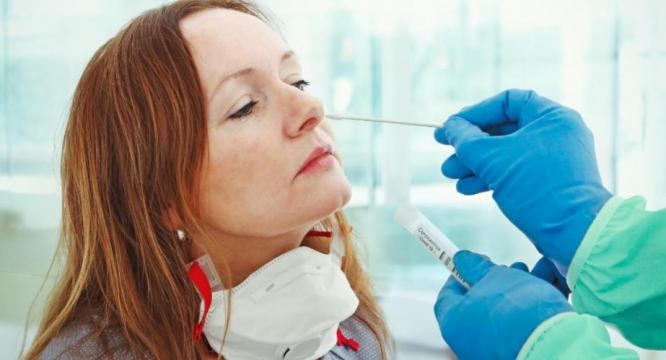 I was concerned about news in recent days that a negative Covid test was likely to be required, as I had plans for Christmas in the UK followed by travel back home to France shortly afterwards.

A standard PCR test can take between one and three days for the results, generally sent by email, which did not fit well with my plans.

The requirement by France that the test be done no more than 72 hours before departure would have meant ideally doing it on the Sunday after Christmas – and finding a private lab that would be open in a rural part of the UK on that day proved impossible. A couple of hours of research did not show up one where I could be sure of doing it on the Monday either, due to holiday closures.

I was therefore holding out for the change to use an antigen test, whose results can be obtained the same day.

The French confirmed last night that these are acceptable but... only if the test is of a type approved by the French government as being sensitive to the new coronavirus strain identified in the UK.

I therefore had to do more detective/scientific work to check out the tests at two suitable test providers that I had found by using google.co.uk with a search for ‘covid antigen test’.

One was Corona Test Centre and the other was Doctap.

What to look for?

The official French 'approved' list gives both name of the test's manufacturer and the name of test.

The manufacturer is not the test centre, it is the pharma company that makes one of the approved antigen nasal swab tests.

And it turns out that some of these companies make more than one coronavirus antigen test, hence the specification for the name of the test as well.

The Corona Test Centre does not specify on its website what kind of tests it uses but does state they are antigen tests, by nasal swab. So far so good.

I emailed prior to publication of the official list to ask if their test is 'sensitive to the new strain', and they said that it was.

I later asked for confirmation of the test they use. They said it was by Boditech – another tick; this firm is on the French list.

However the French list specifies it must be Boditech’s AFIAS Covid-19 ag test.

More googling confirmed that ‘ag’ refers to antigen tests, as opposed to 'ab', which means an antibody test. The latter are blood tests that see if you have had Covid-19 in the past.

Researching on Boditech's website, we saw they make several Covid tests, however we could rule out the 'ab' ones. They have two kinds of ‘ag’ nasal swab antigen test, one called AFIAS and one called ichroma.

On writing, the firm has now stated to us that their tests do meet the French requirements, but it did not specifically answer our question as to whether it is the AFIAS test. It did not clarify if the test name can be included on the certificate supplied.

We also checked for Doctap.

Its website says it uses a test by Orient Gene – another tick. The French list says it must be this firm’s Coronavirus AG Rapid Test Cassette.

Orient Gene's website shows that it only has one ‘ag’ nasal swab test, so logically this must be the one proposed by Doctap.

It is also reassuring to see that this firm has been added to a French government release which includes a non-exhaustive list of private providers, although this document does not actually specify if these providers are suitable for both PCR and antigen tests.

It is not possible to take a free Covid test at a public centre in the UK for this purpose as these are only for people with symptoms of Covid-19 and are not for those planning to travel out of the country.

Finally, speak to the provider to see if they can specify the test manufacturer and name on the test certificate that they will supply, as travel firms, and possibly French border officials, are likely to be looking for this.

You will now have to show evidence of a suitable negative Covid test before you are allowed to board a plane, ferry or a train.

Update: An advisor at Doctap confirmed their test is the one on the 'approved' list and said, in view of the situation, they will start including the specific test name on their certificates. Corona Test Centre also confirmed they do use the AFIAS Covid-19 ag test.

UK-France travel ban: How long will it last? Who can come?