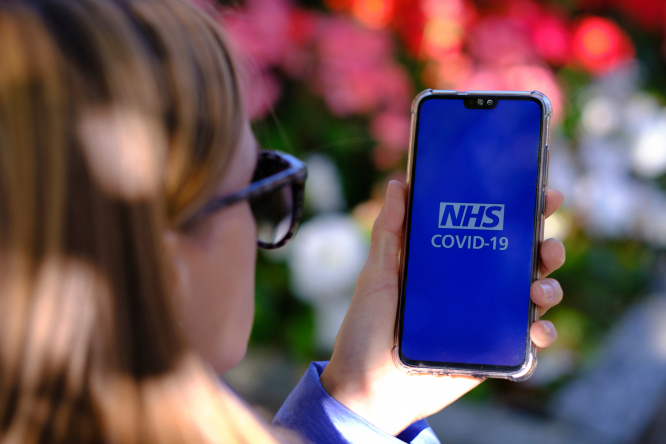 Two visitors to England from France say they were not recognised as fully vaccinated by the NHS Test and Trace system. Pic: Ascannio / Shutterstock

A Connexion reader has told of problems after her relatives’ French-administered vaccines were not recognised by England’s contact tracing system after a close Covid contact was detected.

The UK government recognises people as fully vaccinated for travel purposes (eg. entering the country from abroad) if they received the Pfizer-BioNTech, Moderna, Janssen or AstraZeneca jabs in a country with an approved vaccination and certification programme over 14 days before.

This includes all EU countries including France. Individuals still qualify as fully vaccinated even if they have received each dose in different approved countries.

Since September, the UK has also seen people vaccinated with doses from two different vaccines – such as Moderna and AstraZeneca – as being fully vaccinated for travel purposes.

Being fully vaccinated means, for example, that people may travel into the UK from abroad without having to quarantine.

In addition, since August 16, fully vaccinated people in the UK have not been obliged to self-isolate when they are informed by the NHS Test and Trace service that they are a close contact of a confirmed Covid case.

Told to quarantine by Test and Trace

However, when reader Christine Godwin’s brother and sister-in-law came from France to stay with her and her husband in London and were identified as close contacts by NHS Test and Trace, they were still told to self-isolate.

Both had received two Pfizer doses in France and had the documentation to prove it.

They were nonetheless called by NHS Test and Trace after having been in contact with a confirmed case and later told to isolate for 10 days because they were apparently “not fully vaccinated.”

The family believes that the contact would have taken place on the plane.

The authorities can inform an airline about a confirmed case on one of their flights, and the phone numbers and email addresses entered in people’s passenger locator forms can then be used to get in touch with other people on the flight.

Visitors are unlikely to have the NHS Covid-19 app which ‘pings’ people identified as having been in contact with an infected person, a common way for British residents to be so identified. However infected people in the UK are asked to list people they have been in close contact with recently, so that is another possible way a visitor could be identified by Test and Trace.

“[My brother and sister-in-law] were repeatedly harassed by telephone,” Ms Godwin said. “The first caller accepted my sister-in-law’s statement, and said that she did not need to self-isolate.

“The second one gave my brother-in-law a tough time, and insisted that he was obliged to self-isolate, on pain of a heavy fine for disobedience.”

Ms Godwin’s brother and sister-in-law were also told that if they left the UK before completing their quarantine period they would be breaking the law.

What have NHS Test and Trace said?

The Connexion contacted NHS Test and Trace to determine whether this is a widespread issue and to ask what people should do if they find themselves in this situation.

However, a spokesperson said that they were not permitted to comment on individual cases.

They did direct us towards an official NHS page which states that, with regards to self-isolation for close contacts, people are classed as being fully vaccinated if “14 days have passed since your final dose of a Covid-19 vaccine given by the NHS.”

The gov.uk website confirmed this, stating that: “You are fully vaccinated 14 days after your final dose of an MHRA-approved vaccine that was administered in the United Kingdom.”

It is therefore possible that people vaccinated abroad are seen as fully vaccinated for travel purposes but that this does not extend to the Test and Trace system.

What happens if I do need to self isolate after arriving in the UK from abroad?

Travellers arriving in the UK and who are deemed unvaccinated for travel purposes need to self-isolate. All travellers also need to isolate if their post-arrival PCR test comes back positive, or if they are, during their visit, deemed “not fully vaccinated” having been identified as a close contact of a confirmed case.

If your ‘day two’ (taken on or before day two, day zero being the day of arrival) test comes back positive then you must quarantine for 10 days (the day of the test being day 0 for the 10-day countdown).

You will not need to take any further tests, but if you are travelling in a group your companions should still take their ‘day eight’ PCR test.

Anyone you travelled with or who you are staying with will also need to self-isolate, according to the ‘Rules for people you’re staying with’ section of the government website. However, NHS Test and Trace may now have different advice if the people in question are classed as fully vaccinated.

You must not leave the UK during your period of quarantine and may be contacted by NHS Test and Trace to check that you are complying with self-isolation rules.

You can call 111 or visit the NHS website for further information if you start to feel very unwell.

If you need to take a day eight PCR test and that comes back positive, you will need to self-isolate for 10 days from the day after your test date.

If you do not test positive for Covid but are unvaccinated and contacted by NHS Test and Trace after contact with a confirmed case, a call handler should take you through the steps you need to take.

You will be required to self-isolate until 10 full days after your last contact with the person who tested positive. Failure to do so can result in a fine, starting from £1,000.

You may also be advised to take a PCR test.

If you are staying with family or friends who have not been contacted by Test and Trace, they will not need to self-isolate.

Further information is available on the UK government website.

We would like to determine whether the situation described above was an isolated incident or whether it is happening repeatedly. If you have travelled to the UK from France since August 16 and been told to isolate by NHS Test and Trace despite being fully vaccinated, please contact us via news@connexionfrance.com

Can I visit France from UK with my son, 16, who has had one Covid jab?