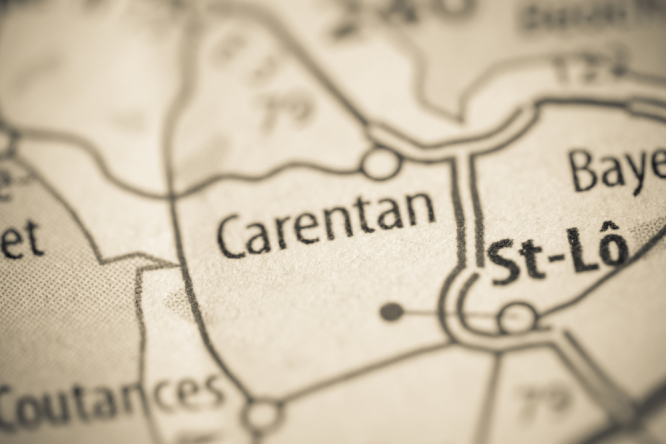 The Normandy town of Carentan-les-Marais has unveiled an enormous banner in its market place to celebrate the 100th birthday of the World War Two veteran who helped liberate it in 1944.

Thomas "Tom" M. Rice was a paratrooper in the 101st Airborne Division of the US Army and turned 100 years old last Sunday (August 15).

While Covid restrictions prevented him from travelling to France this year, he was able to watch the unveiling of the banner in Carentan’s Place de la République by video.

"I hope we’ll meet again and shake hands again. That would be wonderful!", Tom was said to have responded.

Over in America, Tom decided to celebrate his 100th by parachuting onto Coronado Beach in his native California.

He was joined by members of San Diego’s military community and hundreds of spectators who turned out for the event.

The war veteran’s last trip to Carentan was in 2019, coinciding with the 75th anniversary of the D-Day landings, which the 97-year old marked with another commemorative parachute jump.

He plans to go back and jump again in June 2022. Meanwhile, Carentan has announced it will keep his 6m birthday banner up in Place de la République for the next month.

Role in the Normandy landings

Tom Rice was one of the American soldiers parachuted in between Sainte-Mère-Eglise and Carentan, so as to secure the Utah Beach area for the D-Day landing.

"On the night of June 5, 1944, as we boarded the planes that would lead us into combat, I am not sure that we realised the full extent of the dangers and difficulties we faced, or if we thought of the hundreds of thousands of other men who have faced similar or even worse trials, but if we had known all that, it would not have made any difference to us. We were ready and almost eager to go into action and get the whole bloody thing over with” Tom recalled.