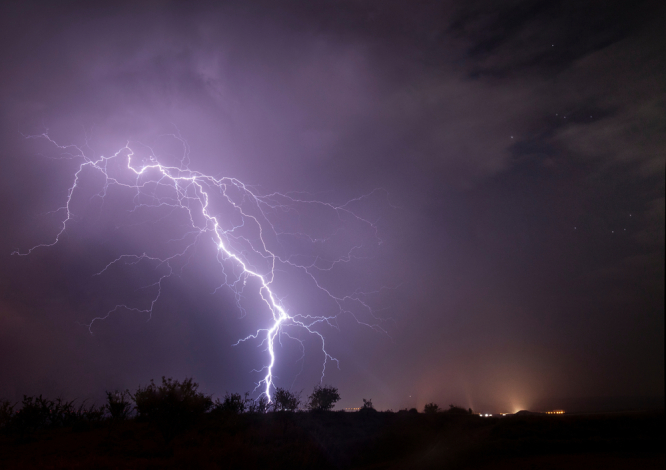 Rain, lightning, winds of over 100kph and even a mini tornado were recorded in Occitanie.

Much of the damage was in Haute-Garonne, Tarn, and Ariège, with 37,000 households in the three departments experiencing electricity cuts.

This morning (June 18) some 15,000 houses were still without electricity.

In Limoux, Aude, heavy rainfall caused a torrent of water to run through the streets in the town centre.

In Tarn, firemen also attended around 150 incidents, including damaged electricity and phone lines, and the roof of a bank that had fallen in.

The girl was taken to nearby Lavaur hospital, before being transferred to Purpan hospital in Toulouse.

Multiple train lines were also disrupted as trees fell on the tracks.

SNCF gave an update via Twitter this morning saying that train lines were still down between Foix-Latour, Toulouse-Mazamet, Toulouse-Rodez and Toulouse-Capdenac.

Around 60 people were also evacuated by firemen in communes surrounding Bordeaux.

In Latresne, around 30 people sheltered in a town hall due to significant flooding.

A further 30 people were also moved to safety in Tresses, Artigues-près-Bordeaux and Saint-Loubès. In Tresses, schools affected by floods are closed today.

Yesterday, 31 departments were on orange alert for storms.

This morning, Météo France lifted orange alerts for all but one department, Rhône, which is experiencing a heatwave.

Temperatures in Rhône are expected to reach a minimum of 20C to 23C and a maximum of 32C to 35C until Saturday morning, when they will start to cool.

Stormy weather and hail are still possible today in the north west and north east of France.

In the Pyrénées, clouds, hail and possible isolated storms are forecast.

And in the Rhône-Alpes, heavy clouds, rain and thunder are expected this afternoon.

House in France struck by lightning? How to claim