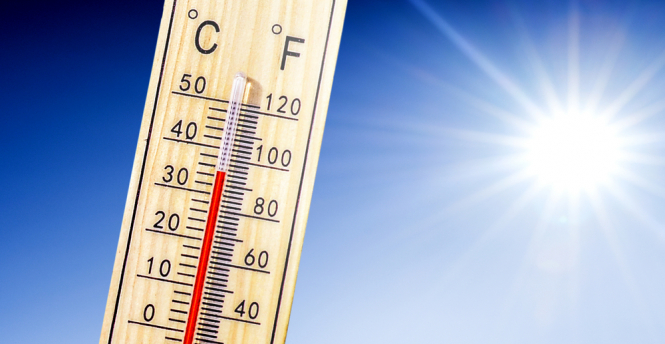 Temperatures are expected to reach as high as 37C in some areas of France today Pic: Krasula / Shutterstock

Firefighters have warned of the risk of wildfires in France with temperatures forecast to reach 37C this week, after a fire destroyed 20 hectares near Arles at the weekend. The fire was thought to have been caused by a cigarette butt thrown from a car.

The Bouches-du-Rhône fire department issued the warning after a fire ravaged fields at around 15:00 on Saturday, June 12. The heat, wind and lack of rain has put much of France at increased risk.

Denis Bargès, from the fire department, told FranceBleu: “This was an accidental fire...there has not been enough rain and we are starting to feel it, as we are seeing fires starting that are severe enough for people to call the emergency services.”

Another fire, next to the motorway and also near Arles, was also attended by firefighters on Sunday, June 13.

Mr Bargès said: “People must not throw cigarette butts out of their car windows. It seems obvious, but apparently not everyone has understood. This morning, thankfully, the fire only burned around 500 square metres of dry grass next to the road, but often, these fires can get worse, due to the wind.

“People must not light fires outside at the moment, and respect the rules when having barbecues.”

The reminder comes as forecaster Météo France has warned of temperatures above 30C in northern areas, and up to 37C in Mediterranean areas, with nights staying warm.

The level of alert is at yellow (third-highest) in 11 departments; with five on alert for thunderstorms in the southwest; and seven on an official ‘canicule’ alert declared from Roussillon to Dauphiné, the forecaster said.

In France, an official ‘canicule’ or heatwave is declared when temperatures in the area reach significantly higher than average for three days and three nights consecutively.

Météo France may detect high temperatures for around five to seven days before officially declaring it. Canicules are generally called between July 15-August 15.

Calling an official canicule means that local officials can take action to reduce pollution, and protect older people, and isolated members of the community.

During a heatwave, residents are warned to stay alert to heatstroke and to check on vulnerable friends or family.

If you suspect someone has heatstroke or is generally suffering in the heat, seek medical help, and in emergencies, call 15.

To stay cool in the heat, the Health Ministry advises people to: