‘Zemmour pirated images of our home for presidential bid announcement’ 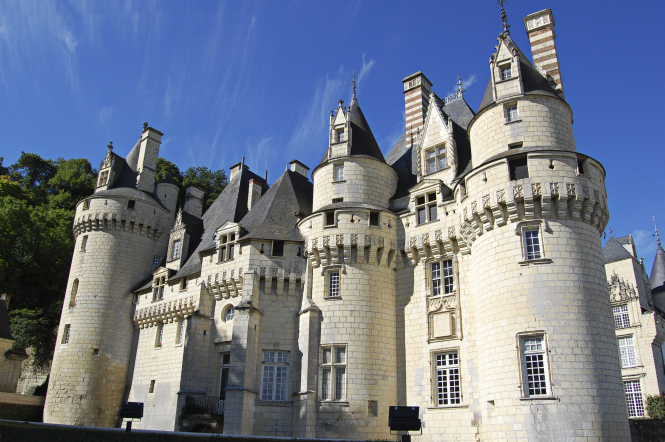 Éric Zemmour used an image of the Château d’Ussé (pictured) in a video without prior permission Pic: Raquel Pedrosa / Shutterstock

Far-right polemicist Éric Zemmour has been accused of using images without authorisation for the video in which he announced his intention to stand as a candidate in France’s 2022 presidential elections.

In the clip, published on YouTube yesterday (November 30), his speech is accompanied by a series of images from news reports, films and archive footage as well music from Beethoven’s Symphony No.7.

This montage included a two-second drone clip of the Château d’Ussé in the Loire Valley, which is said to be the inspiration for Charles Perrault’s Sleeping Beauty and which Mr Zemmour used to argue for the preservation of “France’s architectural, cultural and natural heritage.”

The château’s owner Casimir de Blacas has since described the use of the images as “piracy.” He told France Bleu Touraine that he was “stunned” to see them included and had not been contacted by Mr Zemmour’s team to ask permission.

“That they would use images of a private place for political ends seems unthinkable to me,” he said.

“It is piracy, pure and simple. I do not have any particular connection to Éric Zemmour, no more than I have to any other candidate.

“If any of the candidates had asked my permission to use the Château d’Ussé in a clip, I would have refused!

“It is a family home which is open to the public and it should not, in any circumstances, be used for political ends.”

The Château d’Ussé images may not be the only ones that Mr Zemmour used without permission: news website Les Jours has said that the inclusion of clips from the film Jeanne d’Arc from Gaumont Studios and other pictures from independent journalist Clément Lanot were also taken without authorisation.

“Both [parties] are looking to initiate legal proceedings,” over the video, it added.

Gaumont told AFP that: “We are going to study all the options available to us,” and France 24 has said that it is “opposed on principle to the use of its images and its logo in any political campaign” and will “request the immediate withdrawal of these images in the video and examine the legal options if this is not carried out.”

The Connexion has contacted the Château d’Ussé for further comment, but we have not yet received a response.