Monet museum is named best in France based on visitor reviews 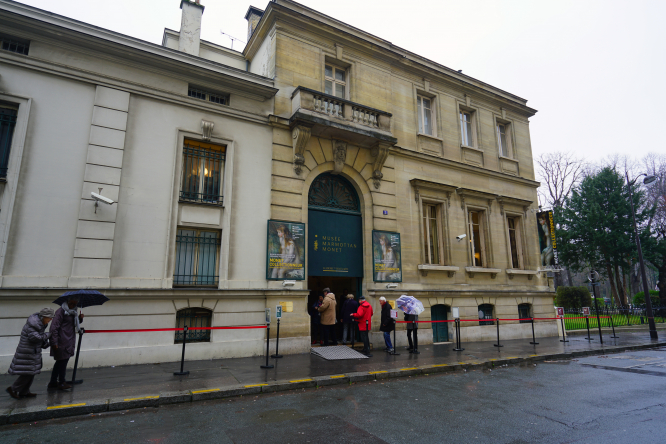 The awards are based on over 850,000 customer reviews.

Out of the 357 reviews currently on the website, the Musée Marmottan Monet has received 306 5-star reviews, 50 4-star reviews and one 3-star review, averaging 4.9 stars.

The museum, which is located in Paris’ 16th arrondissement, beat world-famous museums and galleries such as the Louvre and the Musée d’Orsay.

The award only takes into account the average rating received and not the amount of reviews.

The Musée Marmottan Monet features the world’s largest collection of works – over 100 – by the ‘Father of Impressionism’, French painter Claude Monet. These include some of his most famous paintings such as Impression, Sunrise, which is largely credited with inspiring the Impressionist movement, as well as its name.

Impressionism is a 19th-century art movement that focuses on the effects and shifts of lights and colour, often employing short brush strokes and bright colours. It aims to capture emotions and experiences rather than to present an accurate depiction.

Monet was born and raised in Normandy, where he was interested in en plein air (outdoor) painting from a young age. His works mostly depict landscape and leisure activities in Paris and the Normandy coast.

Some of his most famous works include Water Lilies, a series of over 250 paintings of the water-lily pond on his property in the village of Giverny, many of which can be found in the Musée Marmottan Monet.

The museum also features works by other Impressionist and Post-Impressionist artists such as Paul Gauguin, Pierre-Auguste Renoir and Edgar Degas.

The museum’s beginnings do not lie in Impressionism, however, but in pre-Renaissance paintings that then-owner Jules Marmottan acquired from across Europe in the late 19th century.

His son Paul Marmottan expanded on the collection and, upon his death in 1932, bequeathed the Musée Marmottan to the Académie des Beaux-Arts in order to preserve it and open it to the public.

The museum acquired Monet’s iconic Impression, Sunrise painting in 1940 and received over 100 more of the painter’s works in 1966 after his son Michel made it his sole legatee.

It then became known as the Musée Marmottan Monet.

“The Musée Marmottan Monet offers the perfect balance between an elite museum and a boutique art gallery, with its relatively intimate setting belying the treasure trove of artistic riches within.”

‘Village of cats’ in south of France inspired by an old legend
20 January 2022
More from Culture
More from Connexion
Get news, views and information from France
Join the newsletter
Subscribe to The Connexion