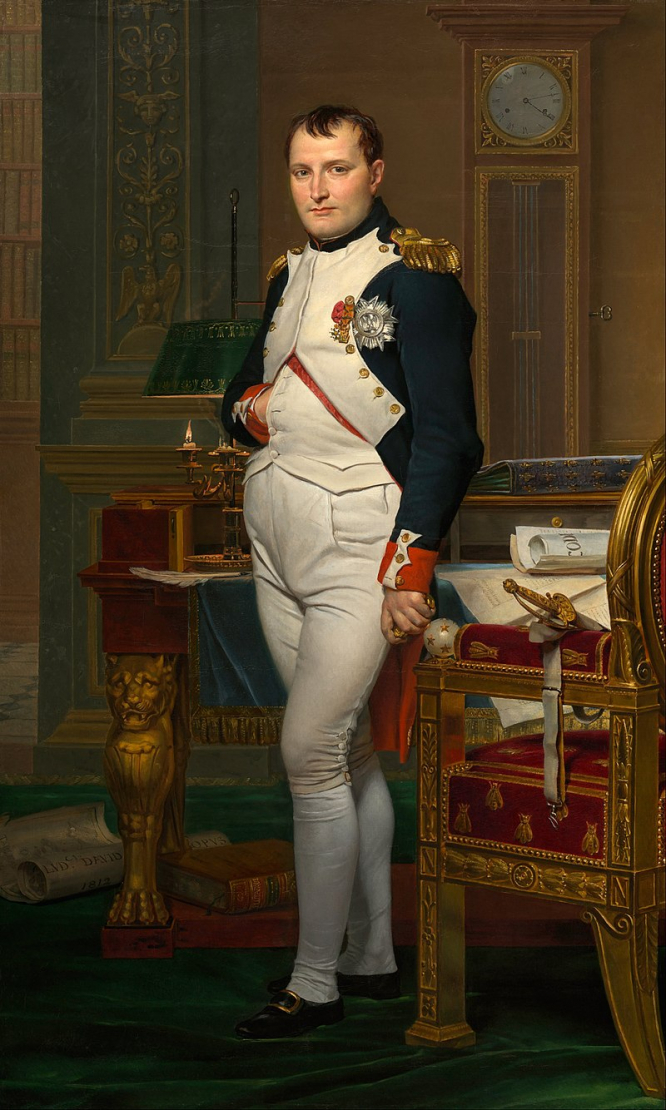 Napoléon's descendants lived in exile until 1950 because an 1886 law forbade family members of ex-kings or emperors to live in France.

When the law was repealed, Count Baudoin de Witt’s mother, Princess Marie Clotilde Bonaparte, bought a manor house in the Dordogne and brought the historic collection she had inherited with her.

Half a century later, the count put the historic collection on show to the public, partially to avoid costly death duties but also, he told Connexion, to give a human dimension to Napoléon.

The Musée Napoléon at Cendrieux, Dordogne, is unique among the many museums devoted to the emperor and his family as it was created by one of his surviving legitimate descendants.

The museum has more than 500 objects belonging to the emperor and his relatives but it remains little known, with just 1,500 visitors a year.

Napoléon Bonaparte had no heirs as his only son, Napoléon II, died of tuberculosis when he was 21.

His nephew, Napoléon III, became emperor in 1848. He too had just one son, who was killed, aged 23, serving with the British army in South Africa.

This meant that much of the family’s inheritance went to a brother of Napoléon I, Jérôme Bonaparte, the great-great-grandfather of the count.

Count de Witt has spent years researching the stories behind the different objects, among which are intimate possessions, including many used by Napoléon I right up to his death on Saint Helena. These include a gold medicine spoon, his candlestick, his white stockings and a handkerchief. He had a collection of 250 snuffboxes and many are on show.

“He was a generous man and gave many of them away,” said the count.

In one display cabinet are swords, shot, a broken clay pipe and snuff boxes from Waterloo.

Everywhere are busts, statues and household objects made in Napoléon’s form. This was not vanity but necessity, said Count de Witt: “He was a very modern man with ideas beyond his time and he recognised the need for marketing to maintain his popularity.

“Household objects, such as vases, perfume bottles and money boxes, were made in his image. However, he never had time to stand still to pose, so artists had to make quick sketches, so he does not always look the same.”

After his death, anything in his image was banned – but supporters found ways of carrying on his memory. In the collection there is a carved wooden chess piece, which shows the emperor’s face in profile.

The latest addition is a collection of 3,000 lead soldiers, painted to create scenes from Napoléon’s life and the battles he was involved in.

They were made by 82-year-old Jean-Pierre Brand, who has spent 20 years working on them as a hobby.

He decided to give them to the Musée Napoléon as none of his family was interested in them and the count says they are a wonderful gift: “They are extraordinary. You can imagine what it was like to be in the midst of battle just by looking at them.”

Over the winter, the museum will consider the best way to present them: “We haven’t got room to show them all but will work on a rotation system so we can show as many as possible at any one time.” The count admits that being a descendant of Napoléon I and III comes with a responsibility. He said: “People think you have a role to play.”

For him, the museum is a way of showing the kind of man Napoléon was: “I like to think that through the objects people find a link to what they have learned in their history lessons.”

Many of the objects on display do give the impression that Napoléon preferred to live like a king.

“Nevertheless,” said the count, “he was never an emperor with an empire, but rather an emperor at the head of a republic, and that is different.

“What is extraordinary is that we still live in a world he created, including the Banque de France, the way the country is divided up administratively into departments, and the Napoleonic Code. He was a contemporary man.”

One of the count’s three children, Laetitia de Witt, a Sorbonne historian, has written a book about pretender to the throne Victor, Prince Napoléon.
He thinks they may collaborate on another book drawing on the rich history of their family.