Shade and chic: France’s history of planting trees in a row 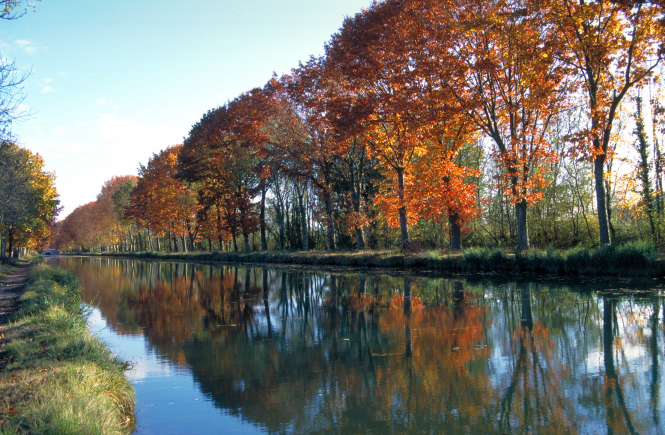 To improve the aesthetics of his home in Paris, Charles V (1338-1380) instructed the planting of a few elms at the entrance to the Quai des Célestins.

While on a small scale, it was the first hint of an ‘alignement d’arbres’ (tree alignment) in France.

These mesmerising and picture-perfect boulevards, allées d’arbres and routes bordées d’arbres have become romantic symbols of France. The Avenue des Champs-Elysées claims the title of La plus belle avenue du monde, “the most beautiful avenue in the world”.

From decoration to building materials, firewood and shade to land borders and companions, their purpose has varied throughout the centuries.

In the aftermath of the Middle Ages and the Hundred Years’ War, there was a need for wood. The forests had been cut down and used for warships and repairing buildings, and with the increase in urban population in France, King Henri II (1519-1559) set about making changes.

In 1552, he announced: “To all the lords high justice and all peasants and inhabitants of towns, villages and parishes, to plant and have planted along the roads and large public roads so good and so large a quantity of said elms that, over time, our kingdom could have well and sufficiently populated.”

His wife, Catherine de Medici (1519-1589) created the Jardin des Tuileries in 1564 as the garden to the Tuileries Palace.

King Henri IV (1553-1610) also had design on his mind and took great pride in his city, creating areas of malls and courtyards in Paris. He specifically planted two rows of elms, four metres apart, along the mail de l’Arsenal, where the tall trees provided the perfect amount of shade to enjoy a pleasant game of Jeu de Mail.

Queen Margot (1553-1615), his first wife, arranged a 2.4hectare terraced promenade on the south bank of the Seine, the Cours de la Reine Margot. His widow, Marie de Medici (1575-1642) ordered the creation of the Jardin du Luxembourg and had elms and lime trees planted at the western end of the Tuileries Garden.

However, it was the king’s minister and statesman Maximilien de Béthune, Duke of Sully (1560-1641), who is celebrated for the planting of millions of trees across the country. In an ordinance of 1605, he instructed the planting of elms by road edges and in villages, apparently 12, with one by the parish church.

They would be used for buildings and for the Navy, and until then they offered shade, especially to those congregating outside of Mass. There are still some ‘ormes de Sully’ in existence today.

They commissioned landscape architect André Le Nôtre (1613-1700) to work on the royal gardens and transform certain areas in the city, including developing more boulevards.

Tree vandalism must have been rife as several decrees and ordinances were put in place to denounce the peeling of bark on the elms.

Regardless, the tree-lined roads were appreciated and celebrated by many. “Indeed, nothing gives a higher idea of the richness of the soil and the wisdom of government, than well-maintained roads, lined with tall and beautiful trees of all kinds,” stated French botanist André Thouin (1747-1824).

Upon his return to Paris in 1800, François-René de Chateaubriand (1768-1848) was inspired to write: “As I approached the capital, between Ecouen and Paris, the elm trees had not been felled, and I was struck by these beautiful itinerant avenues, unknown on English soil.”

Credit falls to Napoléon (1769-1821) for continuing to plant trees throughout the country, specifically plane trees and species such as sycamores, ash, elms and chestnuts along the roadsides.

The trees sheltered his armies from the sun so they could march unaffected, and were used as firewood in the colder months.

“Alignments of trees have thus become a major element of the living environment and constitute elements of the French historical and cultural heritage,” states Véronique Mure on her blog Botanique – Jardins – Paysages.

Based in Nîmes, Mure is a consultant in botany, gardening and landscaping, and started her company of the same name in 2010. “On the Canal du Midi the majority of the plane trees are from the end of the 19th or 20th century,” explained Mure, who has worked extensively on this area.

The Canal du Midi is 240kilometres long and was inscribed as a Unesco World Heritage Site in 1996.

Authorised by Colbert – for political reasons – it is well-known for its tall friendly giants on either side of the water that guide many a walker and sailor.

Bordered by almost fifty hardwood or coniferous tree species, including ash, oak, lime, walnut, umbrella pines and white willow – the only species which has remained since the origin of the canal – they are set roughly 8 metres apart.

The ash in particular was planted in a zig-zag style across the water to allow space and good growth, without intertwining branches or roots interfering with one another. The trees surely provided strength underfoot and the oaks were ideal for integral parts of the canal, such as the lock gates.

There are many factors affecting the future of these long-standing citizens of France, such as modern life, climate change and diseases. “On the Canal du Midi many plane trees are affected by canker disease,” said Mure.

Sadly, the fungus has claimed thousands of trees. However, different species including Aleppo pines, poplars and hairy oaks will be planted to try and prevent more outbreaks along the canal.

The felling of roadside trees is another cause and it is a controversial subject that has been debated for decades, with reasons such as improvements to infrastructure and road fatalities cited for their removal.

Some groups have even taken to sawing down trees because they have become so frustrated with the motor incidents involving trees. However, a report has shown that the trees provide guidance and encourage drivers to slow down.

“So be careful not to systematically destroy what makes it beautiful!”

The calming views of trees and their health benefits extend into the little pockets of centre-villes. Here, by selecting certain species of trees, they can give a village an identity of its own, suited to its own needs.

“The choice of trees is both a question of simplicity and economy (a tree that multiplies easily), a question of resistance to stress (pruning, compaction, heat induced by concrete and bitumen) and more and more trees are being planted in the city centre.

And more and more trees of medium development that do not encroach on the road: for example, a flowering pear tree would be chosen rather than a plane tree,” explained Noëlle Dorion, Professeure honoraire and Membre de l’Académie d’Agriculture de France.

Dorion, who is also a member of the Société Nationale d’Horticulture de France (SNHF) and favours the elm, which has been her research subject for more than 15 years, added, “It’s the trees that help us.”  In more ways than one, it would seem.

More than 200,000 trees being planted for future forest outside Paris

This Normandy village is home to a 1,200 year old oak tree