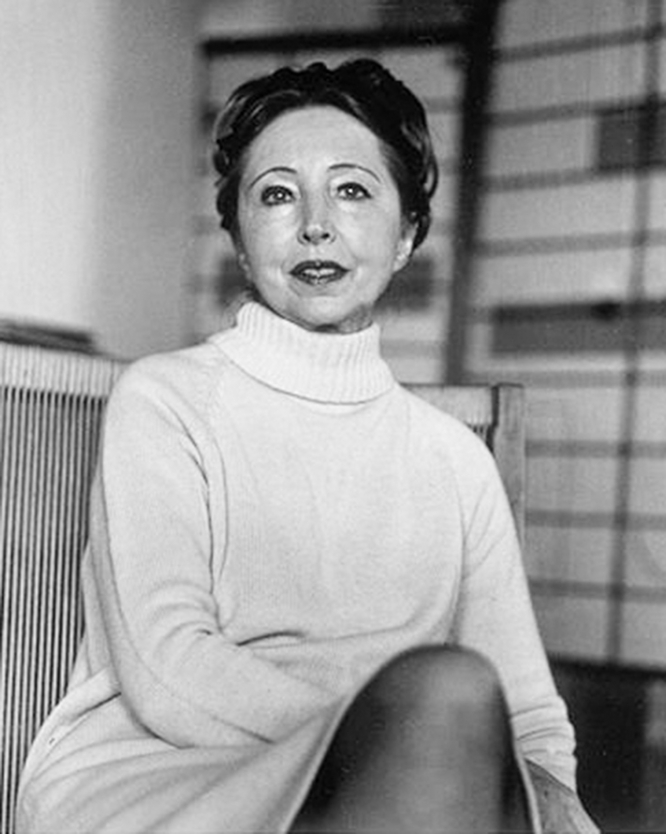 Anaïs Nin (1903-1977) is perhaps most famous for her affair with Henry Miller, but her affair with Paris was arguably more significant. Born in France, she spent much of her childhood in the United States, only returning to Paris in 1924 a year after her first marriage, to banker Hugh Parker Guiler. At first, according to biographer Paul Herron, she loathed it.

“She found France and Paris in particular, dirty, immoral, old, decrepit and horrible. It took her years to lose that puritanical attitude instilled by her mother and a New York childhood.”

Bit by bit, as her husband pursued his banking career, Nin’s writing brought her into contact with the city’s flourishing creative community. She took flamenco lessons, published a critique of DH Lawrence, and became fascinated by psychoanalysis, studying with René Allendy and Otto Rank – both of whom became her lovers.

Although the diaries do not make it clear whether Nin and June Miller’s affair was sexual or not, they detail an intimate, passionate friendship during which Nin showered June with money, jewellery, and clothes.

In the film, the relationships are portrayed as a love-triangle, Nin sleeping with both Henry and June.

Her novel House of Incest, published in 1936 contains allusions to a brief sexual relationship she had with her father in 1933. She later alleged that he had sexually abused her as a child, and wrote more extensively about incest.

Her husband remained devoted to her throughout all these dramas, and at the outbreak of the Second World War, the couple moved back to the United States.

“She always longed to move back to France, but never found a practical way to do so. She did return for a visit in 1958, and fell in love with the city all over again. She was on her way back from the World Fair in Brussels, ostensibly in Paris to market her books, but in reality she was there to look up old friends.”

Her life in the United States was, by that time, famously complicated. In 1947, she had met a young actor (16 years her junior) called Rupert Pole and started an affair with him. In 1955, despite still being married to Hugh Guiler she had married her lover, and was living with him in California while Guiler was still in New York apparently unaware of his wife’s double life.

Later, Nin called this period a ‘bicoastal trapeze’ detailing how she had prescriptions and cheque books in the names of both Anaïs Pole and Anaïs Guiler, keeping separate handbags for California and New York. Eventually, in 1966, she had her marriage to Pole annulled due to complications arising from being claimed as a dependent on both men’s tax forms.

She continued living with Pole until her death in 1977, however, apparently without sacrificing one iota of Guilder’s goodwill.

No wonder she could not find any practical way to relocate to Paris. But her life there continues to fascinate people, many of whom retrace her steps around the City of Love. “It has changed since Nin’s time,” says Paul Herron. “It is no longer the artistic centre of the world. Café society no longer exists in the same way, but there are still traces of it, and social attitudes are still much more open in France than in the US.”

Paul Herron is an expert on Anaïs Nin, and the founder of Sky Blue Press. He has interviewed people who knew her, including her agent Gunther Stuhlmann, and scholars who have studied her. He is the author of Anaïs Nin, A Book of Mirrors.

“I first discovered her when I saw Henry and June at the cinema. I had no idea these were real people and I was swept into a magical world. I just started reading everything about them and I knew I had to visit Paris. My French wasn’t good back then but I knew something special was going to happen. We stayed in a Parisian flophouse which reminded me of scenes in the Tropic of Cancer, it was so full of ambiance and stories. It wasn’t a tourist trap, it was just a really tacky place.”

So he tracked down every address; the house where Nin was born, the cafes and bars she frequented, and he took the train out to Louveciennes on the edge of Paris to see the house she lived in with Guiler from 1931-1935. “I asked people for directions, but non-one had heard of her, so someone took me to meet the town’s historian, which is how I got to know Jacques Laÿ who had written a book about her.”

Laÿ sold Paul Herron a copy of his book and then took him to see her empty, run-down house. “At that time it was being used by squatters and drug users, because the owners refused to sell it but couldn’t afford to do it up. Various people in the town wanted to pull it down because it was lowering the tone.”

In the late 90s someone finally bought the house from the owner and restored it and then it was sold to the actor Jean-Hugues Anglade and in 2003, on what would have been Nin’s 100th birthday, Herron and Laÿ were invited to visit the house and see the interior. It is still privately owned.

And finally, he met Britt Arenander, who had translated Nin’s book and become interested in her as a writer. “She lived in Paris, so she had been able to do a huge amount of research and put all this information together about her time in France. So I edited and published that book in 2012: Anaïs Nin’s Lost World (in English). It’s the book I wish I had written about Anaïs Nin’s Paris.”

Anaïs Nin, A Book of Mirrors by Paul Herron; www.skybluepress.com