Covid-19: 'French pro rugby to kick off in September' 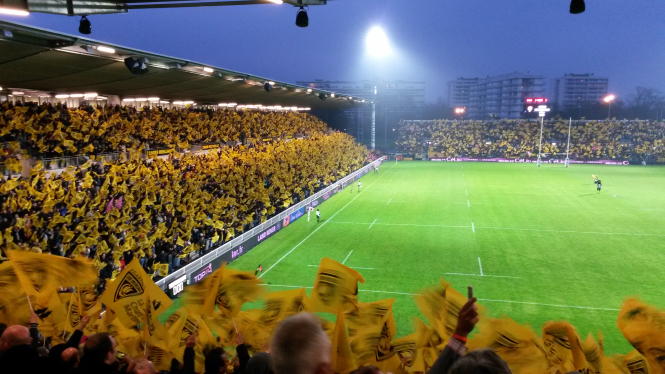 Professional rugby clubs in France are slowly resuming training ahead of a planned return to action in early September.

While English rugby clubs still hope to complete the suspended 2019/20 Premiership season, French clubs long ago gave up hope of finishing the current Top 14 and ProD2 campaigns. The season, suspended in March, was called off in May - with nine rounds of the regular season and play-offs still to go - after Prime Minister Edouard Philippe ruled out any chance of large crowds being able to gather before the end of August.

But Canal Rugby Club magazine reported this week that the 2020/21 Top 14 season could kick off as early as September 4. Meanwhile, the presidents of the 30 clubs in France's two professional leagues are developing health protocols to accommodate spectators at the earliest opportunity.

Toulouse and Toulon both announced last week that their players had returned to clubs for the first stages of training - beginning with a battery of medical tests, and carefully prescribed non-contact training and drills without a ball.

La Rochelle, Bordeaux, Pau, Clermont and Racing began their respective return to training on Monday, June 1. Montpellier and Bayonne players will be back at work on Tuesday. A press release from the Basque club said: "Good news … our players are back on the field this Tuesday morning following a protocol delivered by the LNR. They will be tested on the car park of the stadium upon their arrival before each training session. These training sessions will take place behind closed doors."

Other clubs in the French Top 14 have yet to announce when their players will return.

The return to training comes after FFR President and new World Rugby Vice-President Bernard Laporte said he was 'optimistic' fans would be able to go to stadia to see their teams in action in September, ahead of the 'financially crucial' autumn Tests in November.

"If the situation allows it … we'll be able to train in an almost classic way at the beginning of July without any danger," Laporte said after a meeting with French Prime Minister Edouard Philippe at the end of May.

"The fact that rugby matches are played in open, not closed, venues seemed to be a facilitating factor. Afterwards, we might not be allowed to open the stadiums to all spectators, there will be a limit and that's normal."

Laporte said clubs are developing health protocols allowing them to reopen stadia to the public, allowing them to mitigate at least some of the losses they have suffered with the lockdown and cancellation of the remaining matches of the season. Each club's protocols will be presented to regional prefectures for approval in early June.

"It's a real first step towards a return to normal," he said. "The aim is for the State to validate [the protocols] without delay so that each stadium can reorganise its infrastructure during the summer before reopening in September."