Reader experiences: Dealing with a burglary in France 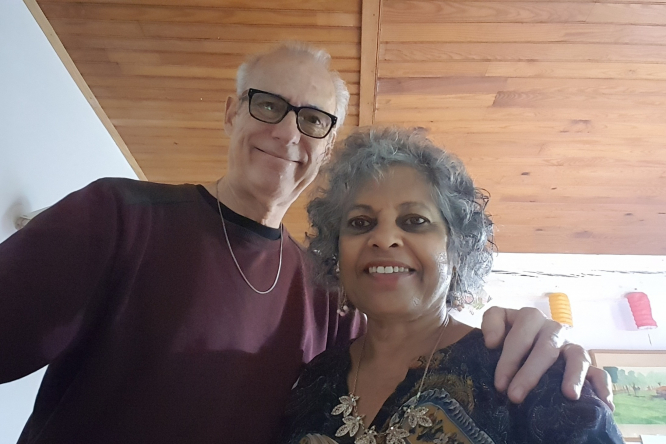 Peter and Kameela Hays were burgled around 10 years ago and lost garden equipment, including a strimmer and a chainsaw Pic: Supplied by interviewee

There were on average 508 domestic burglaries a day in 2020, official figures show, which was down 20% on the previous year, due to people being at home during Covid confinements and curfews.

It comes after several years in which the number had mostly stabilised following rises in 2008-13; even so the figures offer little comfort if you were one of the 185,600 households affected last year.

The experience is never pleasant but the situation can be helped by positive and reactive experiences with insurers and police.

We spoke to Connexion readers from three households who had experienced being burgled in France to find out what happened, how it was dealt with by authorities and insurers, and what advice they have for others.

You can read our guide on advice for what to do in the case that you are burgled here:

“While I was out walking the dog at 10:30 on a Monday morning, a pane of glass was broken in our French windows," Maureen said.

“The key was still in the lock so the burglar was able to enter the house that way. What they didn't know was that my husband was upstairs sleeping. When the burglar entered the bedroom, I don't know which of them was more shocked!”

She said the burglar fled after that and did not steal anything.

The response from both her insurer and the police was efficient.

“The police didn't come out till after lunch, which amused us. But two officers and a person to take fingerprints were sent out to the house.

“We were astonished at the response that we got for what was effectively not a big crime.

“We had several burglaries in England and the police didn’t even come out sometimes, so to get two police officers and the fingerprints guy was amazing. I did make it clear that nothing had been stolen and only a small pane of glass had been broken.”

She said that the insurance company also acted quickly and that a workman was sent out to replace the broken window. They were only charged €10 in total in the end, although Maureen said this might have been due to the fact that the workman was the son of a neighbour.

The experience left her feeling uneasy, particularly because she suspected that the burglar had been watching the house for some time to know when she would go out with the dog.

“Before then, we would leave all the doors unlocked in the house when we were in. It didn’t feel unsafe. All of our friends were surprised to hear about the burglary,” she said.

Now when they leave the house for longer periods they inform the police so that they can keep an eye on the property.

They also do not leave the key in the door anymore, and put the shutters down if they are going out for the day.

“It is a bit of an insult that the burglar didn’t take anything in the end!” Maureen joked.

Read more: Opération Tranquillité Vacances - how to ask the police to keep watch on your home when you are away

Retired British GPs Peter and wife Kameela Hays, both 70, were burgled over 10 years ago.

Their home is in Ernée (Mayenne), which they have had for 23 years. They used to keep it as a second home but moved there permanently three years ago.

Mr Hays described how their shed was burgled and they lost garden equipment, including a strimmer and a chainsaw.

“We used to visit most weekends in those days. I had a shed locked with a padlock. One day we came and I looked at the padlock and thought, ‘that doesn’t look right’, and it wasn’t. It had been tampered with."

He said they went with some French friends to the local police station to report it and found the officers to be sympathetic, but they were told that there was not much chance of recovering the stolen items. They never found the culprit.

Mr Hays said the stolen equipment was not what bothered him as such, but more the effect it had on him.

“I’m a bit of a romantic you see and I fell in love with France when we first came here in 1976.

“I had this strange idea that you could trust everyone, and France was such a wonderful place. And it is, of course.

“But my illusions were shattered somewhat by this.

“It’s a bit naîve, I know that now. But I was very upset and it took me a couple of years to get over it.

“Now we have lots of locks,” he said.

He said the insurance company, Alliance, did not pay out as he was informed they had the wrong type of padlock on the shed.

Mr Hays does not remember now what type the lock was, but said that they now have two combination locks on the shed.

They have not had any issues with burglary since.

Rosemary Wilson has a house near Aix-en-Provence in the Bouches-du-Rhône, and has lived there for eight years. Her house was burgled in April 2016 while she was out walking her dog. The burglars entered by forcing open a bedroom window.

She lost some money and jewellery, as well as, more unusually, some mascara and a half-used bottle of hair treatment oil.

She said the police suspected that the theft was probably carried out by young people.

Despite never recovering any of her possessions, she said she was happy with the response of the police.

“It went extremely well with the police. I was pleasantly surprised that they turned up.

“I actually tidied up the house before they arrived and they told me that I should not have done that.

“Two police officers came out to the house. One seemed quite smart and was asking questions, and the other seemed rather goofy. He was just standing there chuckling.

“The only time he spoke was when my dog started to chew his shoelaces. It was quite funny.

“I made an appointment to report the event formally at the main police station for insurance purposes as the window needed to be replaced. There was a bit of a wait but it was all very courteous and I was given a copy of the report for the insurance.”

She said her insurance company refunded almost all of her losses, including paying for a new window to be installed.

Ms Wilson said her experience is not unique in her neighbourhood, despite it being a "nice" area.

However this has not changed her mind about living in France.

“I don’t want to live as though I’m in some ghetto," she said.

“Most people around here have big gates or whatever, but I have left my property as open as possible because that’s how I want to live.”

She said that since the burglary she now takes more care to close the shutters at the back of her house and to lock up everything when she goes out in the evening.

If you have been a victim of burglary in France and would like to share an experience that may add to those written about here, please contact us at news@connexionfrance.com.