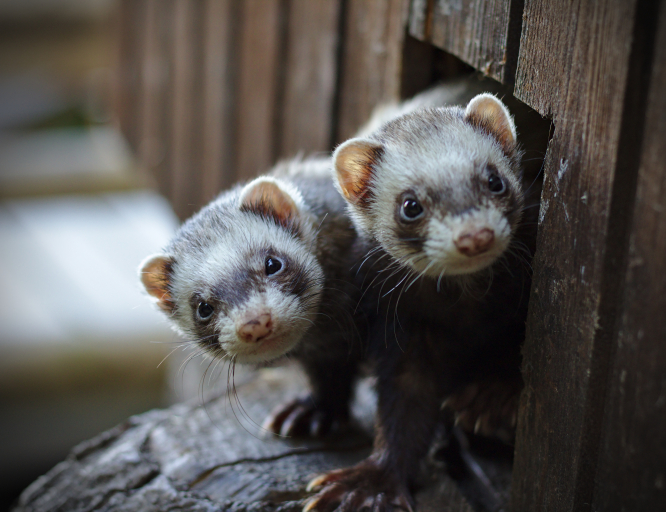 Ferrets can flush out an entire colony of around 10 rats in 15 minutes Pic: Harald Schmidt / Shutterstock

Toulouse is particularly affected by an increasing rat population. An effective and eco-friendly solution is being tried out to get rid of unwanted guests

Trained ferrets are being tried out to control a city’s rat population – estimated to amount to one per human resident.

Controlling the population is essential as a rat can produce as many as 30 offspring a year, and ferrets provide a traditional and natural solution.

Toulouse councillor Françoise Ampoulange, responsible for rivers, canals and animals, said: “Rats live all over Toulouse, like in all cities, and especially in the banks of the rivers, the Canal de Brienne and the city centre.

“This avoids using chemicals, which pollute the soil. Ferrets are environmentally friendly and also more humane than poison or traps, which can cost up to €800 each, including disposal of the corpses.”

She says efficiency is also key. Traps catch only one or two rats a day, while ferrets can flush out an entire colony of around 10 rats in 15 minutes.

“We block the exits to an underground burrow with fine black nets. Then the ferrets are let in and as soon as the rats smell them, they run out and we catch them.

We then euthanise them with gas. It is quicker and more humane than poison.”

Ms Ampoulange says that breeding rats stay in the burrows, while surface rats hunt for food for the colony. So trapping rats on the surface does not stop them breeding – the entire burrow must be cleared and the holes blocked.

The first trial was carried out in September and Ms Ampoulange is confident the method will be adopted all over the city centre next year.

“There are only two firms in France specialising in rat control using ferrets and we are lucky to have one here in Occitanie. The ferrets are specially bred, trained and vaccinated for this.”

In Paris, where estimates suggest there are as many as two rats per inhabitant, rodent experts have teamed up for a research project to better understand their habits.

Called Armageddon, it should give a clearer picture of the local rat population, including their resistance to certain poisons, to help inform future solutions to their spread and identify methods which are not working.

Another strand will tackle the negative public perception of rats.

French farmhouse renovation: DIY tricks to get rid of rats