French farmhouse renovation: DIY tricks to get rid of rats 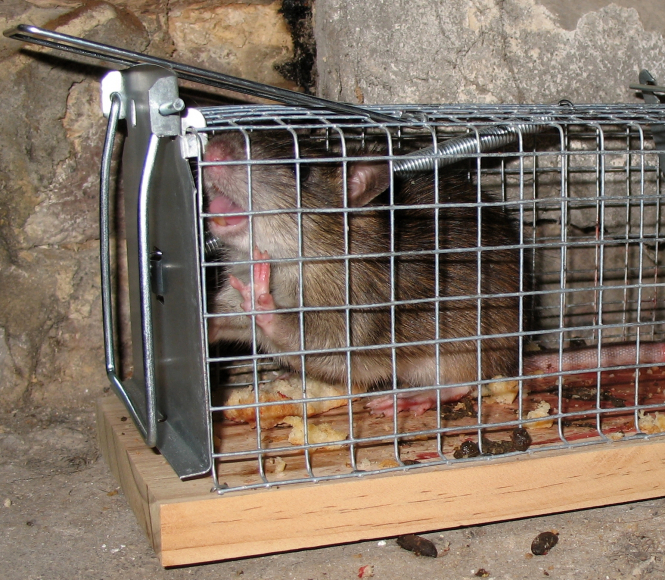 'I have to admit that I haven’t got the problem definitively cracked but I’m working on it' says Nick Inman of his 'house guests' Pic: Nick Inman

One day, water suddenly started pouring through the ceiling beneath the upstairs bathroom.

I tried to fix the problem myself but in the end called the plumber in.

He hacked his way through layers of polystyrene insulation and announced: “There’s your problem.” Rats had gnawed their way through the plastic trap beneath the shower. It must have taken them a long while and a lot of hunger. The plumber replaced the trap but then it really was my problem.

Any old house is alive. Its inhabitants were here long before we came and they do not easily acknowledge a change of ownership. Some are merely annoying – spiders and other creepy-crawlies. Others, such as owls, bats and lizards, may be welcome as long as they are discreet – but rats and other serious intruders need to be taken more seriously.

I have to admit that I haven’t got the problem definitively cracked but I’m working on it.

The first thing is to listen and observe – although wild animals are furtive. A field guide to wild animals’ droppings can be very useful to work out who you are dealing with but it is not foolproof.

I am still not sure what kind of creature takes up winter residence in my loft.

People tell me it is probably a fouine (beech or stone marten, martes foina) or loir (glis glis – the unfortunately named edible dormouse, a legendary noisy eater) but it goes to great lengths to be heard and not seen.

Next, you have to block up entry points. An old house is nothing but holes, but you have to try. You have to think rodent to do this: some can squeeze through ridiculously small holes. I have made the mistake of using paper but it is, of course, edible. Plastic works for small holes but for larger ones it has to be wire netting. It is also worth giving attention to internal animal motorways, where pipes and cables provide an invisible communication network between one ceiling and another. The third step is deterrence: make conditions inhospitable.

I have tried all sorts of products – mothballs, fly spray, poison, pepper, you name it – to prevent our loft becoming a wildlife sanctuary. A cocktail of noxious-smelling household chemicals seems to work until they evaporate. My son makes cocktails in a garden sprayer and I pump it around the attic.

The fourth is entrapment.

All I can tell you about this is that rodents learn, and you have to be as cunning as you can be: wear gloves to disguise the smell of human hands.

Before setting traps, reduce the number of potential hiding places. Snapper traps work for small beasts and I have had a little success with cage traps. Sticky pads are said to be good but one rat managed to roll over and extract himself, leaving only hairs behind.

Outside the house, eternal lawn mowing seems to keep snakes away from the house and outbuildings.

A cat (or two) is also good to have around the place but it will also decimate the population of small birds.

I also keep a close look out for hornets’ nests built in unfrequented places (even behind a shutter that is kept permanently closed).

In the end, the call of the wild will triumph. As for the animals that we occasionally hear skittering across the roof tiles at night in some bizarre version of the Olympic Games, there’s not much I can do to stop them, except camp out there with a shotgun.

There are limits to DIY.

French farmhouse renovation: Tools I should have invested in

22 hours ago
2
Which products are – or could be – hit by stock shortages in France?

Parisian photographer shows a much darker side of the City of Light
18 October 2021
More from Property
More from Connexion
Get news, views and information from France
Join the newsletter
Subscribe to The Connexion