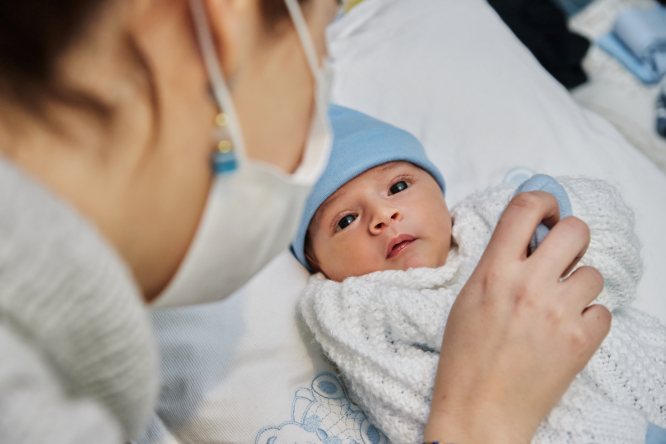 The MP said the law would not be obligatory and parents who want to give their child a single name would still be able to Pic: daniel catrihual / Shutterstock

A collective called PorteMonNom is campaigning for a new law that would mean that newborn babies in France would automatically be given both parents’ surnames.

The idea is being supported by MP (LREM) for Hérault, Patrick Vignal, who is still working on a draft text to make the proposal as acceptable as possible before taking it to parliament, his assistant confirmed to The Connexion.

Mr Vignal told FranceInfo: “I think today, when the place of women in our society is complicated, this would be an important marker.

“The law would not be obligatory. If you decide with your partner to give your child a single name, you can apply to do so.”

Under the potential new law, at the age of 18 the child (by then an adult) would be able to decide whether they wanted to continue using both names or go down to using one.

MP Marine Gatineau-Dupré, spokesperson for the collective, has two children by different fathers, one of whom does not have her surname as the father was against the idea.

She said this has caused numerous administrative headaches, especially at the airport where she has even come under suspicion of kidnapping her own children.

She said: “Even though you are the mother, you can’t prove it unless you have the birth certificate… I’ve even been asked to show my mutuelle because my children are on my plan.”

Since 2002, parents in France have legally been allowed to choose a surname for their children – rather than automatically having to use the father’s name only.

But in 2019, only 12% of new parents chose to give their children both parents’ surnames.

Mr Vignal said the high number of children in France with only their father’s surnames was down to tradition, and the fact that it is usually fathers who officially declare the child’s name at the mairie after the birth, as the mother is often still in hospital.

He said the system could easily be changed: “When you get to the mairie, the mairie has both of the names. And if you have decided on a single name, you have a piece of paper verifying that.”

A petition organised by the PorteMonNom collective in support of the potential new law has attracted 7,000 signatures.

18th century château in southwest France up for auction from €90,000
17 June 2021
More from Family
More from Connexion
Get news, views and information from France
Join the newsletter
Subscribe to The Connexion