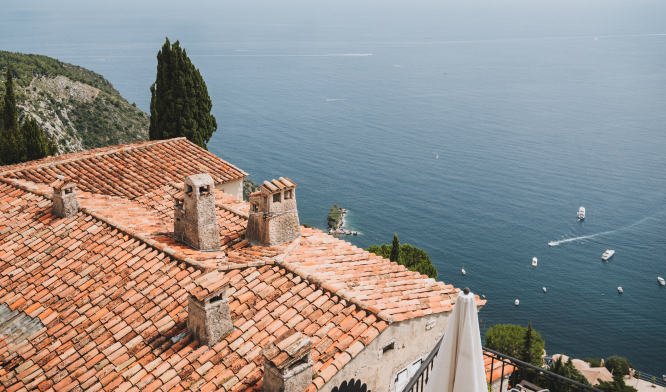 Is it true that if you are British and live in the UK but have a second home in France (used for under six months a year), full French capital gains tax is due on the sale of the property, regardless of duration of ownership? I had hoped that relief after 30 years applied to everyone owning property in France? R.K.

There is no need to worry – you are eligible for the relief related to length of ownership. Property capital gains tax is due, where applicable, on all second homes – but not main homes – in France. It makes no difference whether the owner lives in France (in another property) or abroad, and the relief for length of ownership is the same in both scenarios.

Money questions: can a French estate be left to an unmarried partner?

For the first time we have completed our French income declaration online. With the paper declaration, we used to insert a sheet with details of bank accounts and assurance vie policies worldwide and included two whole-of-life insurance policies on my life. The tax official we dealt with showed no interest in these since we have no income from them. We did not declare their existence on the online return. Should we have done so? M.M.

As with paper declarations, the existence of foreign bank accounts and foreign assurance vie policies should be declared in the annual income tax declaration. Foreign life assurance contracts are declarable by ticking box 8TT and completing the details on the online form by clicking the form section to the left of box 8TT.

This especially concerns holdings that could be considered an investment, such as UK investment bonds. This issue can be complex with regard to UK life insurance policies, which may sometimes be deemed an investment, depending on how much is invested in them, or sometimes purely an insurance policy (assurance décès in French). It may be safest to declare them but you could seek help from the tax office or a tax professional if in doubt. You will be able to rectify your declaration in your online space when this service opens this month if you wish to add them.

Are you married and living in France with an assurance vie? Check clauses, says Robert Kent

We have had a French property since 2007 under an SCI. We use it for no more than half of the year. Should we have been making French tax returns? We also own a field with building permission, for which we have never had any tax notification. Where do we stand on the tax for this? We plan to return to France and apply for cartes de séjour. Will we need tax documents? G.B.

If you derive no income from the property or the piece of land that you own, there is no need to file any income tax declaration. There is no need for any French income tax documentation as long as your stay in France is temporary. On the other hand, if you intend to stay in France as residents, you will need to apply for cartes de séjour. Proof of income will be needed, so your UK income tax assessments may be required, or other paperwork proving UK incomes. One of the criteria of residency here is being able to support yourselves financially.

You would not need French tax documentation since you would not have any, not having been residents in France long enough. However, you should be paying local property taxes – taxe d’habitation and taxe foncière on your French second home and taxe foncière sur les propriétés non-bâties on the field (in some areas subject to a surcharge if it has permission for building). Normally, the tax office would have been notified when you bought them. You should receive an annual tax statement but there is no regular declaration. There are no exemptions on taxe d’habitation but over-75s with modest incomes may apply for taxe foncière exemption on a second home.

I moved to France in January. I have a UK state pension and a modest French pension due to working in Paris in the 1970s. One person has advised that I should continue to make tax returns and pay tax to the UK until I make my first French return in 2021 whereupon I should reclaim tax paid in UK on earnings received since I became resident in France. Others have told me I should already have made a French tax return. Tax is already being deducted from my French pensions and I am also accumulating benefits by paying my cleaner through Cesu. I.S.

From what you say, you became a French fiscal resident in January this year. This is the date from which your obligations to the French tax system start, and those to HMRC cease. You should declare income received in the 2020 calendar year from the date of moving in your first French income tax declaration next spring.

As to income tax deductions from French pensions, this is normal as France moved last year to monthly taxation at source.

There is also a system of paying estimated instalments of tax on regular incomes that the French cannot directly tax at source, which would apply to your UK state pension. If you wish, you could notify the tax office of this income to start paying these.
As for Cesu payments, it is only once you complete your tax declarations next year for 2020 income that you will receive a tax rebate on these when the assessment is issued in August 2021.

Thereafter, there is an on-account repayment made in the January of the tax year following the assessable year of 60%, the balancing amount being made in August once the declaration has been made showing the actual amount paid.

We own a second home in France. How can we become residents?

Connexion welcomes queries and publishes a selection with answers every edition. However, please note that we cannot enter into correspondence on money topics. Queries may be edited for length and style. Due to the sensitive nature of topics we do not publish full names or addresses on these pages.