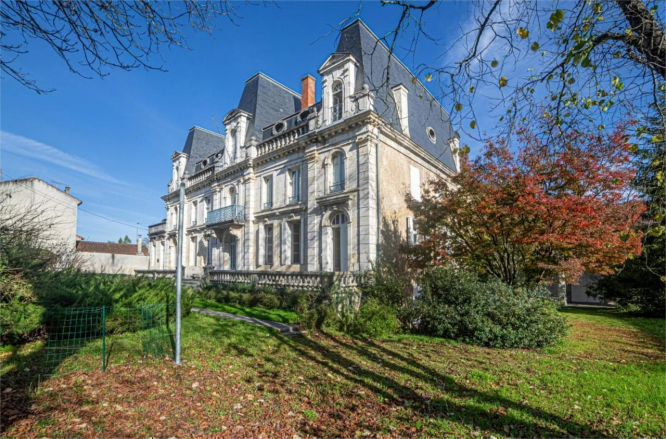 A historic former public building in southwest France is set to enter private hands in the coming weeks after an auction sale ended nearly six years on the property market.

The 19th-century sous-préfecture building at Nérac, Lot-et-Garonne, was put up for sale in 2015, when services were centralised at Marmande.

"For a few years now, the departmental council has made the decision to sell property that has no public service utility for the department.

"We have carried out a census and today we are at the end of the process " said Nicolas Lacombes, mayor of Nérac and vice-president of the department.

He said he wanted to "see these buildings come back to life" and hoped that the eventual buyer can help revitalise the rural town in the heart of the historic Val d'Albret, a former stronghold of the Duc d'Albret, where French king Henri IV spent part of his youth.

The highest price among 17 offers for the property after a three-day online auction was €440,100. But officials said that the successful bid would not necessarily be the highest.

"The offers will now be examined from several angles - and the first is the financial strength of the bidder," the department's property manager Marine Bareille said.

"We are going to be very attentive. We are going to look at which project best corresponds to the needs of the territory and to the development objectives of the people of Nérac."

Two more remarkable former public properties in the department are due for auction next month: the Trésorerie de Marmande and the buildings of the Banque de France, in Villeneuve-sur-Lot. The auction will take place on April 13.

‘Holiday home’ of Little Prince author up for sale in France