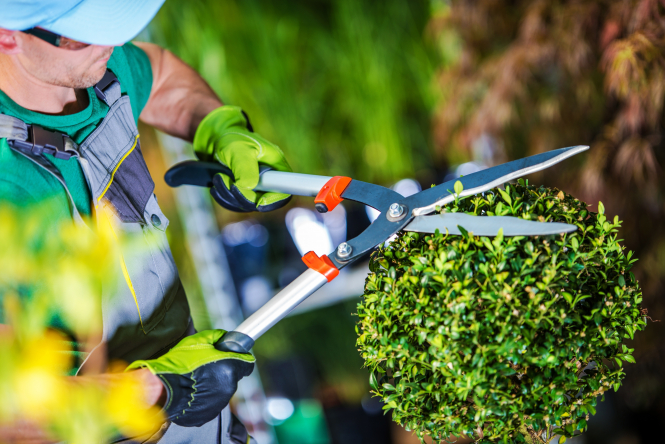 Many people who have been unable to enter France due to Covid-related restrictions have hired property management services to take care of the gardens at their second homes Pic: Virrage Images / Shutterstock

Property management services in France that cater mainly to English-speaking clients have seen an increase in the number of requests for services as foreigners with second homes are unable to enter the country due to Covid-related travel restrictions.

Travel restrictions have become commonplace since the pandemic hit Europe in March 2020 and most non-EU nationals have been locked out of France for long periods.

People in the UK who have second homes in France have been unable to visit them for almost the entirety of 2021, barring two weeks in May between the UK easing travel restrictions and France tightening them.

This has led many to turn to property management services to take care of overgrown gardens, security issues, rental turnovers and in some cases, emergency maintenance.

Carmel O’Connell of Les Bons Voisins, which looks after around 500 properties in France, told The Connexion there had been a marked rise in the number of people asking for services.

“Each time there is an announcement, whether it is the UK or French government, we’ve been bracing ourselves,” she said.

“We know there is either going to be a flood of people coming in or they are [going to be banned from] coming in - like the recent situation - and we get the inquiries as a result of that.”

France effectively banned people in the UK with second homes entering the country on May 31, bringing in a new set of restrictions due to concerns over the spread of more dangerous Covid-19 variants in the UK.

It means that travel to France from the UK is limited to those who have “essential reasons” to enter, with tourism and visits to second homes not accepted reasons.

Ms O’Connell said, “In the past few weeks, we have seen service enquiries increase three fold”.

She said on a usual week they get around 10 requests through the company’s website, and more from direct phone calls or requests directly to local agents working for Les Bons Voisins.

“We have noticed that people are worried about the appearance of the outside of their property. They are worried it looks abandoned, so a lot of people are asking for gardening services. That has featured in a lot of requests.

“And also doing security checks, to make sure no one has tried to enter the building.

“We do have situations where we are being asked to travel quite a distance just to give clients peace of mind, to do a one-off hedge cut or a grass cut, or just check over the property once a month because the clients have no one else to do it.

“In those instances, we can alert the local police if we are not able to get to the property on a regular basis, to ask them to keep an eye on it.”

She said that prices for such services are charged on an hourly basis and vary depending on the size and nature of the job.

Sue Swain of Brittany Property Services said she had also noticed an uptake in demands for services since the beginning of the pandemic.

She and her husband look after 10 properties, all owned by either British or American couples.

“They are very concerned. When they are able to get here they don’t want to have to deal with a jungle,” she said.

“One of my clients was thinking of coming over just recently but now there are new restrictions, so that has put a stop to them coming again.”

Her company charges €25 an hour for gardening services and €20 an hour for cleaning. The company also handles emergency maintenance requests, with the price varying depending on the issue.

Nick Jenkins from the UK has a second home in France but has only managed to visit it twice since the beginning of the pandemic. He said he finds the situation “frustrating and depressing”.

“Last year, we were told the development of a vaccine would open things up. Now, a month after my wife and I had our second vaccine doses, it seems the situation for people like us is worse than it was a year ago,” he said.

“I have just had a call from my pool guy who went to open up our green pool this morning and couldn’t start the pump because there is no electricity in the house!

“It’s frustrating, as we could sort it so much more easily if we were there.”

The French government announced on June 4 a traffic-light travel system that could offer a route back into France for people in non-EU countries who have second homes in France.

The system is set to begin on June 9 and the UK and the US have been placed provisionally on the amber list, meaning that vaccinated travellers will be allowed to enter if they present proof of a negative Covid-19 test taken within 72 hours of travelling.

You can read more about the French government’s new travel rules here.

13 hours ago
4
Britons in France: Five groups 'at risk' of missing card deadline