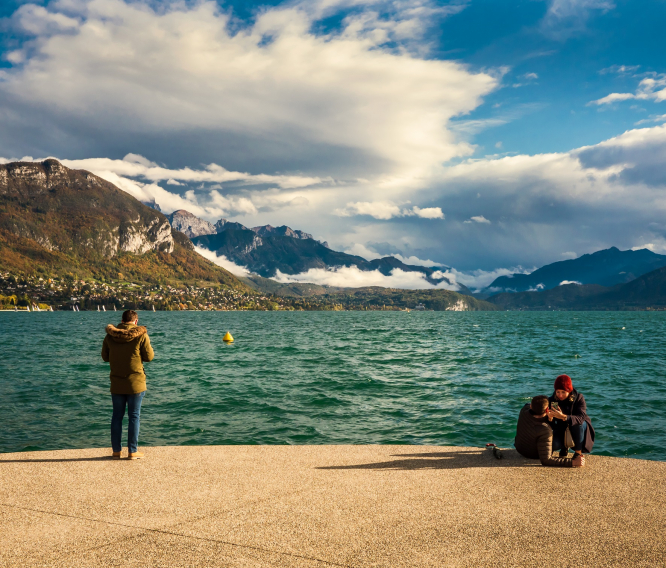 Lake water is to be used to heat 600 private homes and a renovated municipal swimming pool via a geothermal system.

The procedure, to be used in Annecy in Haute-Savoie, has already been tested successfully in Geneva, where water has been taken from Lac Léman (Lake Geneva) for the past 10 years to heat public buildings, including those belonging to the UN and the International Conference Centre.

In Annecy the project will use water from 20m below the lake’s surface, where temperatures remain at a stable 6C to 7C throughout the year.

Thierry Billet, deputy mayor responsible for sustainable development for Annecy, told Connexion the project is a first for France: “One of our greatest considerations was to make sure we don’t alter the lake water in any way.

“The water will pass through a heat exchange, which will draw out the heat and transfer it to heat another closed water circuit which will heat the buildings.

“In the summer the reverse can happen to cool homes. After passing through the heat exchange unit, the lake water will be cooled or heated to the temperature it was in the lake and returned in exactly the same state.”

He said the system is costly to install but cheap to run in the long term as the “fuel” is free and will never run out, and it makes
environmental sense because it has a low carbon footprint.

The National Environment Agency, Ademe, has contributed €1.4million to the €4.5million scheme to support a system which could be replicated in other cities.