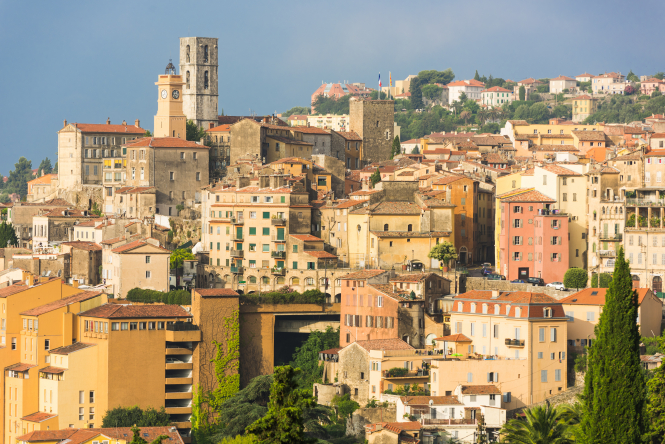 A ‘licence to rent’ scheme has been launched in the Provencal town of Grasse in the south of France Pic: Filip Fuxa / Shutterstock

Making landlords apply for a “licence to rent” – involving an inspection of their properties – is one of the initiatives being trialled to help the revival of town centres.

Town halls are using powers given to them under a 2014 law and are tightening up on slum landlords. They have been identified as a key factor in the decline, typically buying rundown buildings cheaply, doing minimal work to divide them into apartments, and then renting them out.

The “licence to rent” is seen as a way to stop the downward spiral, as properties will be inspected by the town council before they can be rented out to ensure they meet minimum standards.

Jérôme Viaud, mayor of Grasse, Alpes-Maritimes, which introduced a “licence to rent” in April, told The Connexion: “With poor quality housing rented out cheaply, you quickly get a transit population of marginalised and poor people moving in, which accelerates the move of ordinary people out of the city centre.

“If the houses and apartments are in a decent state to start with, then there is a better chance that you will get people who choose to live in the centres because they want to, and not just because it is the cheapest place they can find.”

Coupled with the “licence to rent”, Grasse has started a project with the local university to attract 1,000 students to a new town centre campus in the renovated former courthouse and jail.

The campus, part of the Université Côte d’Azur based in Nice, will offer courses up to masters level in engineering and perfumery, and other courses such as BTS (bac +2 diplomas) in subjects including business administration and for film and media technicians.

Work has started on the €5.6million project to convert the courthouse, and the campus is due to open in autumn 2022. Student housing, mainly in the centre, is being arranged by town and university authorities.

The town has also increased help to shopkeepers who want to open in the centre.

Mr Viaud said he was aware that the “licence to rent” policy could upset landlords and activists who claim it discriminates against those who cannot afford more expensive property.

“It will not be easy, but I have told the town that they can judge in 2026, when we next have municipal elections, if it works or not.” Grasse, known globally for its perfume industry, started to see its town centre decline when perfume factories, which used to be in or near the town centre, moved to the outskirts after the Seveso catastrophe in Italy in 1976 showed the risks of potentially dangerous factories in built-up areas.

Workers from the factories, many of whom lived in the town centre and walked to work, moved to the outskirts with the firms, leading to shops and other services closing and properties becoming more run down.

“It is something we can and must change,” said Mr Viaud.

Landlords who ignore the licence system, which currently applies only to new rentals of main homes, risk fines ranging from €5,000 to €15,000, but above all will not receive any payments from the caisse des allocations familiales, the organisation which pays out government rent support.

Châteaurenard, in Bouches-du- Rhône, established a “licence to rent” system in 2019.

Since the system was installed in the 15,000-population town, 250 applications have been made, with half of them passing health and safety checks without any problems.

Others were given a conditional licence, dependent on work being done during the early months of the rental, often for minor work such as installing better ventilation ducts.

Three licence applications were refused, all because of potentially lethal electric wiring.

Other towns and cities across France are paying close attention to the initiative in Grasse because of fears that the Covid lockdowns will result in some town centre shops closing for good or moving to out-of-town shopping centres.

This will accelerate trends which were in place before the Covid pandemic.

In Angoulême, Charente, three large clothes shops in the pedestrianised town centre have told local media they are looking to move to out-of-town sites and will not reopen their existing premises.

It was boosted in 2020 by new funds dedicated to helping towns buy properties so they can carry out large projects.

Another plan, aimed at smaller towns, started last year, with €3billion to be spent by 2026.

French buy-to-let scheme is changing but 'don’t rush to invest now’
3 December 2021
More from Property
More from Connexion
Get news, views and information from France
Join the newsletter
Subscribe to The Connexion