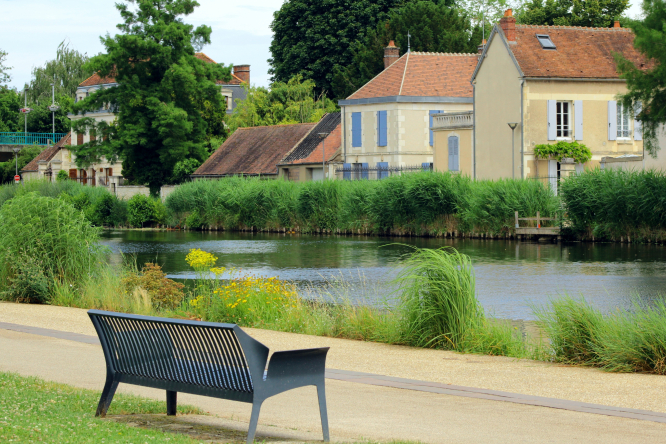 Price increases in rural areas are now surpassing those of urban areas, a study shows  – a radical change to the usual pattern in France.

The trend, shown in an annual survey of trends by property website Meilleurs Agents, indicates that the health crisis has changed the type of homes popular with buyers.

Overall price rises in France have usually been pulled upwards by steep rises in Paris and the top ten other largest cities; this year it is rural communes that saw the steepest rise.

Between September 2020 and September 2021, they outperformed urban areas in terms of price rises, with an average increase of 6.4%.

By comparison, the average increase recorded for the 10 largest cities outside of Paris was 4.1% and 4.5% for the 50 largest cities in France. In the capital itself, prices dropped by 1.5%.

Overall, prices increased significantly more than average in the west of France and in Brittany.

The website also compared the differences in house prices by department, with the Landes, Gers, Vaucluse and Meurthe-et-Moselle all climbing over 7%.

“This is unheard of in our history”, according to Barbara Castillo Rico, head of economic studies at Meilleurs Agents.

The site analysed information from some 12,000 estate agents to reveal trends affecting major cities and the 28,668 rural communes accounting for 26% of the French population.

For further clarity, ‘rural areas’ were broken down into three sub-categories, including peri-urban (country areas within easy reach of cities), hotspots for second home owners and others.

This showed that prices increased the most in peri-urban areas (9.7% on average for the year), followed by hotspots for second home owners (9.4%).

A key factor said to be affecting the popularity of these areas was an increase in home working due to the pandemic, allowing people to look beyond the city.

However, properties in the other, more isolated, rural areas have only seen slight increases in prices, climbing 1.7% between September 2020 and September 2021.

It would therefore be overdoing it to speak of an ‘urban exodus’, said Meilleurs Agents. Furthermore, while half of people in France expect to continue with some homeworking, for most it will only be one or two days a week.

Some 17% of French people are now interested in owning a second home, the study found (12% own one now), with the seaside proving to be the biggest draw.

Prices in seaside resorts have risen 12.3% this year compared to 4.6% the year before. They rose 9.4% and 8.8% respectively in zones categorised as ‘countryside’ and ‘mountain’ areas.

Volumes of rural homes sold increased as well as prices, a factor which has been accelerating over the last 18 months. Year-on-year sales numbers are up 13% compared to March 1, 2020. What is more, 33% of rural properties now sell for the asking price, compared to 21% before the pandemic.

Another trend, thought to be linked to Covid confinements and a wish for more open space and greenery, is an increased interest in houses as opposed to flats. Their prices in general rose by 6% in the year, compared to 3.4% for flats.