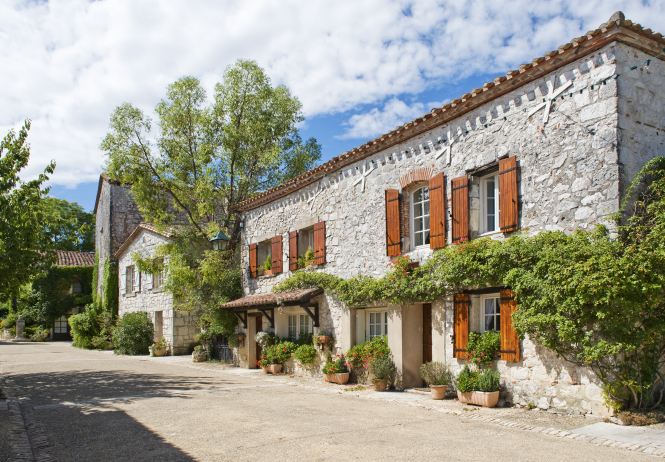 House prices in France have doubled in the past 10 years, with the market looking mixed this year depending on whether you are looking to buy an urban apartment, or an older country house Pic: Fotomicar / Shutterstock

France is now in the Top 10 for global rising property prices among OECD countries over the past 10 years, a new study has found, amid a mixed property year in 2021.

Prices in France had doubled (100.5%), putting it in seventh place. This is despite salaries having risen by just 3%, and inflation rising 1% per year.

Portugal came next after France, with an 87% rise, followed by Japan and the UK (75% each).

The full table, with average prices per square metre for each country, can be seen here.

Mixed picture over past 12 months in France

In the past 12 months specifically, prices have risen considerably for urban apartments.

Prices for new apartments rose in July (up 4.5% year-on-year), and up 1.2% over the last three months. This rise was seen most keenly (up at least 8% in a year) in the metropolitan areas of Brest, Nantes, Rouen, and Strasbourg.

In 85% of larger towns (more than 100,000 inhabitants), prices even for older apartments have been up at least 5% year-on-year. In some towns, that figure is much higher, at 15%. This includes Angers, Aubervilliers, Clamart, Maisons-Alfort, Metz, Tourcoing and Vannes.

The summer months caused an overall slowdown in sales (a drop of 1.9% from July compared to the months of March and April), but this is to be expected in summer.

Prices for houses specifically dropped sharply in July; down 8% compared to the three months prior, with prices having dropped by 4.5% over 12 months, versus a rise of 2.9% seen over the same period in 2020.

Yet, prices are predicted to pick back up again as autumn arrives.

Newer homes of all sizes have seen a rise, from studios to six-beds and up – although the rise has been slightly less this year in July (2.9%) compared to 2020 (4.1%) year-on-year. Overall, sales in regions including Auvergne, Brittany, and Limousin are up 5% year on year.

In contrast, prices for older houses have dropped 1.2% over the past 12 months. There are signs that this market could be set to recover though, with Economie Matin reporting a 0.4% rise in July over the three previous months.

Overall, demand for individual-family homes in urban areas appears to have dropped, with Economie Matin dubbing the shift “a profound change that has transformed the housing market”.

Chateau sales are booming in France since first Covid lockdown