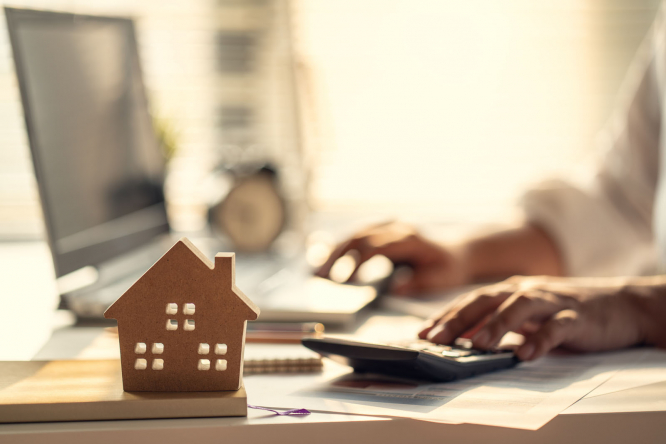 Traditional agent fees are usually paid by the buyer but are agreed by the estate agent and the seller Pic: godshutter / Shutterstock

A dozen online estate agencies have opened in France over the past five years – and although they have a tiny share of the market, they are being watched by traditional agents.

The lockdowns meant their online service allowed buyers to ‘view’ properties even when stuck at home.

One of the most spectacular is Nicebased Les Agences de Papa, whose founders became friends waiting at the school gate for their children.

They sold only 14 houses last year and declared a €2million loss but when listed on the stock market in May this year, the shares jumped from €1.50 to €6.70 in three weeks, valuing the company at €318million.

By contrast, one of the best-known traditional agencies, Century 21, was recently sold for €84million.

Analysts compared it to electric car maker Tesla, whose shares are worth several times those of General Motors, despite making a fraction of the cars.

Les Agences de Papa has a fixed fee of €2,000 but this does not buy staff to show the house, as sellers are expected to do most of the visits themselves.

Sellers are also responsible for taking photos and filling out details such as measurements and uploading the necessary survey certificates. France has a long tradition of people selling houses themselves and around 30% of sellers use no agent.

This DIY property market kicked off with Particulier à Particulier (PAP) magazine 45 years ago. Sellers would pay for an advert, with or without photo but with a phone number, and do the rest themselves, arranging paperwork with notaires and getting all the legal documents lined up.

Listings were by department and buyers were not screened, but the magazine thrived and tens of thousands of properties were sold without estate agents seeing a centime.

That buys an online advert with up to 12 photos, the seller’s smartphone video, an optional virtual visit, a map and the possibility of fixing a Skype or Whatsapp rendezvous with potential buyers. Sellers must also write the descriptions and arrange to get the necessary certificates for diagnostic surveys and energy consumption. It all takes hours of concentrated work.

Other online agencies build upon this. Welmo, set up five years ago, offers a professional photographer as one of its basic services.

Sellers can choose different levels of service. One, similar to pap.fr, has a flat fee of €990, but uses pro photos, a dedicated viewing diary and a filtering of viewers. Another is a classic agency mandate with a 1.9% fee if Welmo has exclusivity, or 2.9% if not.

Welmo’s owners have professional estate agent permits, meaning they have to hold insurance and abide by other professional standards.

Maxim Labyn, its sales development manager, said: “The difference from traditional high street estate agencies or PAP is our website, and our ability to use technology to show houses on up to 40 different platforms.

“We have been going for five years, but it was during the lockdown, when we pushed the fact that you could make virtual visits of properties, that things really took off. We now have 1% of the house sales market, and our target is to get to 5% quickly.” Yet, while technology means buyers from all over France can see adverts, one thing about the property market does not change – the pull of Paris.

Mr Labyn said: “We started in Bordeaux and still have a very active agency there but most of our staff and sales are now in Paris, because that is the most expensive market, where agents, even digital ones, do best.

“We have national ambitions, but you have to accept it might be difficult for an agent to come to your house for showings if you are in the middle of nowhere.”

Other new digital or hybrid digital/ traditional agencies include Liberkeys, Hosman and Proprioo.

Liberkeys has a €4,990 fixed fee and founder Thomas Venturini said it had sold 130 homes since launch in 2018. It is present in six cities, with plans to increase to 10 within a year.

“What makes the difference are the digital tools we developed for agents which allow a very good pricing for the property to begin with,” he said.

“Every step has easy-to-use digital tools, which take the pain out of the process and speed things up, letting the agent get on with selling – some sell two or three homes a month.

“Once a price has been agreed, the process is given to an in-house legal expert to smooth the notaire part and let buyers and sellers know exactly what is happening – a weak point with many traditional agencies.”

He set up Liberkeys after a “really bad experience”. He thought “that with all the digital tools available, we must be able to do something better”.

Now, Mr Venturini is also selling his digital tools to other agents, including traditional estate agents, through a new company called Dome.

Traditional agent fees are usually paid by the buyer but are agreed by the estate agent and the seller.

They are included in the price shown in estate agent’s windows and vary from 3% to 7% and higher. Most are around 6%, with lower rates generally only on expensive properties.

Sometimes, if a lower price is the only offer, the agent will lower the fee percentage, to help the sale.