Chateau sales are booming in France since first Covid lockdown 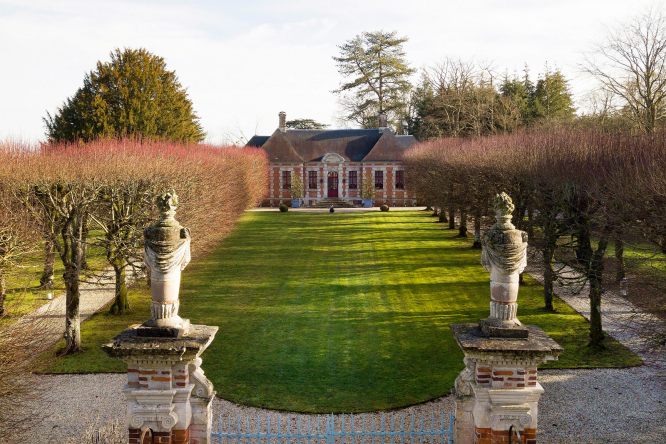 'I have never seen anything like it before' says Patrice Besse, of Agence Patrice Besse on properties like the pictured Normandy hunting lodge on the market at €1.99million now attracting so much interest Pic: David Mercier/ Belles Demeures de France

Chateau sales are booming after years of a flat market.

Specialist estate agents say the rise in interest came during the first lockdown in spring last year and is continuing.

“For some, it is a large house in a village, but we use the definition of a house in grounds of at least several hectares, historically referred to as ‘the chateau’ and with outbuildings and dependencies.”

Buyers contacting Mr Besse fall into two categories: those who just want a house in the country and who are not daunted by the size and maintenance of a chateau, and those who buy a chateau with a professional project in mind.

“Luxury hotel projects are popular because of all the problems Paris hotels have had with the gilets jaunes and other protests where large parts of the city have been cut off,” said Mr Besse.

“People are convinced there is a market where clients will pay for expensive hotels in areas where they can be assured of peace and quiet if they want, while not being too far from Paris or other main attractions.”

Other popular projects include seminar centres, cultural centres or museums.

All potential project buyers are looking for places not too far from large cities or autoroutes, railways and airports.

By contrast, chateaux in deeply rural parts of France have started selling to both French and international buyers who intend to use them either as their main residence or as holiday homes.

“Almost all say they decided to take the step because of the lockdowns, and the need to have some space around them,” said Mr Besse.

Demand is such that he has even seen bidding wars, with buyers keen to get the chateau they want. “That is something which has not happened for a long time.

“But it remains the exception for the moment – prices are still steady and not rising.”

Some chateaux that have been on the agency’s books for “a few years” have sold at the asking price and others which have just come in have sold quickly.

Prices can range from under €500,000 for properties in rural areas to several million euros for those with easy access to Paris or other large cities and towns.

“People have a strong wish to live amid more greenery and have realised that with home working and new technologies, it is possible to do so.”

He said most of his clients, many of whom had bought large flats in Paris, were interested in properties, large and small, with good internet and easy connections to large cities, such as Paris, Bordeaux or Toulouse.

They intend to use the new chateaux as long weekend and holiday homes where they could work from home and maybe spend three or four days a week, with the rest of the time in Paris.

“Of course, if there is a chateau where the roof needs doing, and they see estimates from two companies, they might consider buying, knowing exactly what needs to be spent. On the whole, openended renovation projects do not have any attraction for these buyers.

“They are clear-headed about the annual maintenance costs but not interested in doing renovation themselves.

“Where before you got many dreamers having a look, now the people contacting us usually have a clear idea of what they want and what they will pay, and even have architects on call.”

So far, Mr Mercier said, most interest has been from French buyers, who often look in regions with family links, but Americans in particular are keen to look at chateaux once travel restrictions ease.

“Demand is higher than it has been for a long time, but the supply is not limited. I do not think prices will move much,” he said.

Huge French château with water damage to be auctioned at €278,000

‘Village of cats’ in south of France inspired by an old legend
20 January 2022
More from Property
More from Connexion
Get news, views and information from France
Join the newsletter
Subscribe to The Connexion