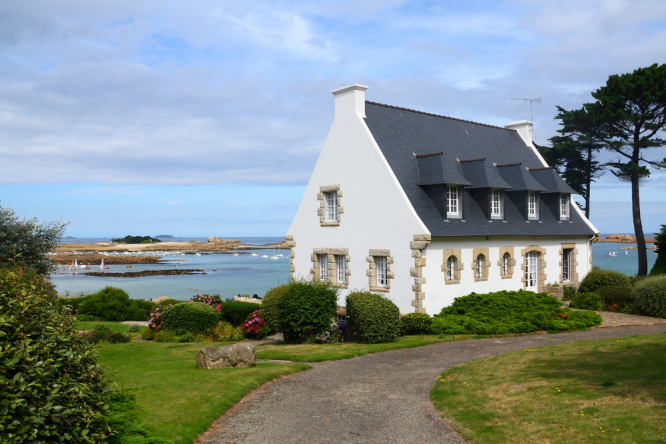 Property prices have gone up on the west coast in Brittany, Normandy and Nouvelle-Aquitaine Pic: Sergii Rudiuk / Shutterstock

House prices in Ile-de-France and west France are rising, despite general expectations property prices could be negatively impacted by the health crisis.

Last year over 1 million property sales were recorded in France, and sales are already verging on 1 million in the past 12 months consecutively, despite economic uncertainty.

Another surprise is that Paris is no longer the market leader in France. The capital is losing ground to other areas in the Ile-de-France region and smaller towns as more buyers see the appeal of purchasing larger houses and low credit rates.

Laurent Demeure, president of luxury property agents Coldwell Banker France/Europe, told Le Figaro: “Our homes are now the place where we live, work, raise our children and do our hobbies.”

In Ile-de-France house prices increased by 9% between the first six months of 2020 and 2021, estate agent Century 21 reports, with properties selling within 64 days on average (a reduction of 17 days on last year).

In west France property prices also rose by 10-15% in Brittany, Normandy and Nouvelle-Aquitaine between the first six months of 2020 and 2021.

And nationally, prices for houses have risen by 6.8% and for apartments by 4%.

Consequently, property prices in the center of Paris went down by nearly 4% between the first six months of 2020 and 2021, according to Century 21.

Properties in the capital are also taking longer to sell (up from 66 days to 70 days) and buyers are able to negotiate bigger reductions on prices (5% off sales price, up from 3%).

Christine Fumagalli, president of estate agent Orpi, said there has been a change in how owners are using their properties in Paris, as the capital is “becoming a transit city, where people are looking for a pied-à-terre rather than a main residence.”

Laurent Vimont, president of Century 21 added: “This is not the end of the Parisian market, it is not emptying out, but it is the end of excess. Paris is becoming a reasonable market, rather than a frenzy.”

This may change as foreign buyers re-enter the market after the health crisis eases.

14% drop in Paris office demand over next 10 years, study predicts