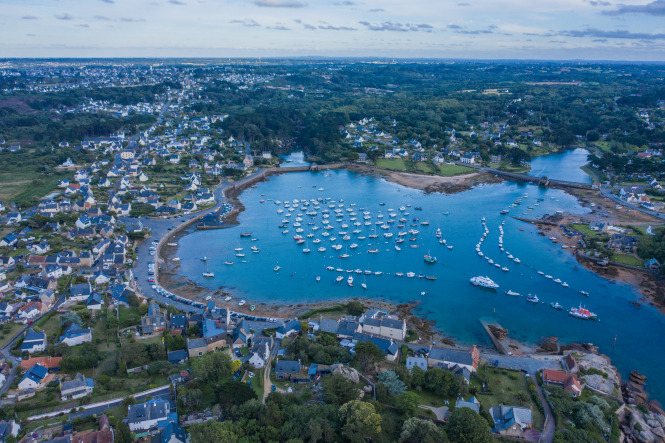 Since the Covid health crisis began, house sales in Brittany have boomed, with properties in some areas selling for their highest ever prices.

But while house prices in the Côtes-d’Armor department have soared, they remain some of the most accessible in the region with the median price now €150,500 for a non new-build house.

These are the most typical types of property in the department (representing 72% of the market) and also the most sought-after, with sales increasing by 13.3% between July 2020 and June 2021.

Anne Fercoq-Lenguen, president of the chamber of notaires in Côtes-d’Armor told Ouest-France: “The department is very attractive. A large number of inhabitants live 20 minutes from the sea.

“And what makes it attractive for buyers outside the department is the highspeed train line and the [road] RN12, and good WiFi for working from home.”

She said that younger buyers were investing in the department with 25% of buyers being middle managers and 16% lower-level employees.

Despite this, the median age for buyers in the department is 48, and 21% of buyers are retired, driving average ages up.

However, central areas have also increased in popularity after being left “deserted for a few years, notably after British buyers left following Brexit”, she said.

In areas including Loudéac, Caulnes and Lamballe, she said that low prices were particularly attractive to buyers.

In the Bassin de Caulnes, average prices for a non new-build home are still just €90,000, despite increasing 20% in the past year.

The rise in Brittany comes as house prices have soared in medium-sized cities across the country, due to Covid.

France is even set to hit a record 1.2 million property transactions by the end of 2021, according to a study by estate agents MeilleursAgents.com, with prices on the rise in cities including Brest, Angers, Reims, Quimper, and Orléans.

This has contributed to rising prices across the country, with the price per square metre in France having risen by an average of 4.9% in the past 12 months.

In the major cities, the suburbs are gaining in attractiveness in contrast to city centres.

In Paris, for example, prices within the city centre have fallen by 1.5% in one year, while in the outer suburbs they have risen by 8.3%. Smaller cities are also gaining ground.

According to a ranking by estate agency network Orpi, the city of Limoges (133,000 inhabitants) has risen to fourth place in the Top 5 of the most sought-after cities, among the more traditionally-popular, larger cities of Nice, Lyon, Toulouse and Lille.

A similar survey carried out this year by the University of Paris and King’s College London, which asked 1,000 Paris residents about their future living plans, found that the Covid pandemic has fuelled a desire for open, green space in people living all over France, thus accelerating a movement away from cities and towards more rural areas.

It found that around 47% of Parisians think that the city is too expensive and 43% believe that they could find a better quality of life elsewhere.