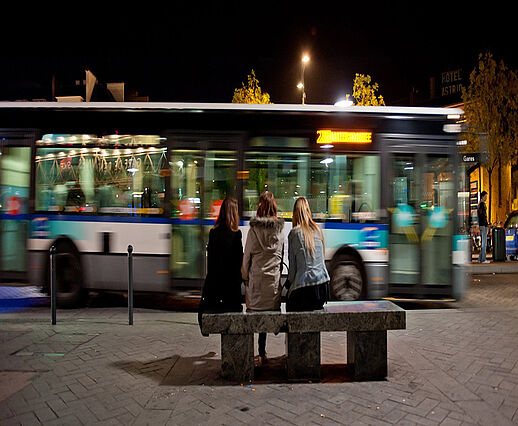 Certain night buses in Brittany's capital will operate a stop-on-demand policy from January 4 to help users get home safely.

The STAR network in Rennes will operate stop-on-demand service every night from 10pm on the C1 and 57 lines allowing users to ask for stops closer to their home.

The health situation prevented the policy being adopted on other lines according to broadcaster France 3, suggesting that the intention is to roll-out the service further at a later date.

Travellers should inform the driver as soon as they get on the bus, or at least one stop before they plan to disembark. The operators reiterated that the bus driver can refuse to stop if it is unsafe to do so.

On-demand services are already being tested on 11 bus lines in other regions such as Ile-de-France, Seine-Saint-Denis and Seine-et-Marne, after MP Laurianne Rossi highlighted the security issues faced by women on taking public transport.

Safety on public transport has long been an issue in France. In 2015, a government report said every woman who has used public transport in Paris had suffered sexual harassment or assault, and a campaign was launched to highlight the issue.