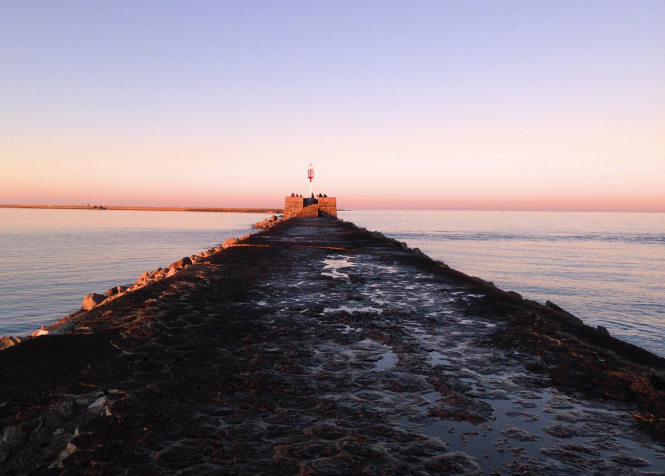 The 750m train, with 22 wagons each carrying two trailers and containers, will run from Cherbourg to Mouguerre, near Bayonne in Pyrénées-Atlantiques, once a day in each direction, cutting road miles and pollution. The train services, which are due to start running in April 2021 after expansion work on the port of Cherbourg, will carry no passengers.

Work to be done

They are intended to build on the creation of a road/rail terminal at Mouguerre and work by SNCF and Réseau Ferré de France will ensure all tunnels and bridges have enough clearance for the truck train. So far, three road bridges have been identified where work needs to be done to increase clearance, and four tunnels will need significant widening work. That will mean trains initially passing south of Poitiers via Saint-Jean d’Angély and, later, Angoulême.

The trains should be able to use the tunnels after 2024, but at reduced speed. It is forecast that the service will carry 13,000 trailers in the first year. This will rise to 20,000 a year, serving both the UK and Ireland. That is the equivalent of a year’s HGV traffic to and from the UK via Cherbourg – and it will mean huge savings for hauliers, who will not have to pay salaries for drivers.

Brittany Ferries President Jean-Marc Roué said: “The aim is to offer an option other than the road, a complementary and more environmentally friendly service for trucks.” Sending the container and trailer only on the ferry and train will save about a tonne of Co2 compared to the same journey by road. It also eases a hidden problem in France – a shortage of 15,000 HGV drivers.

Trains will set off in each direction every day, with the train from Cherbourg leaving at 18.46 and arriving at Mouguerre the next morning at 9.25. The northbound train will leave Mouguerre at 16.29 to arrive in Cherbourg at 9.14.