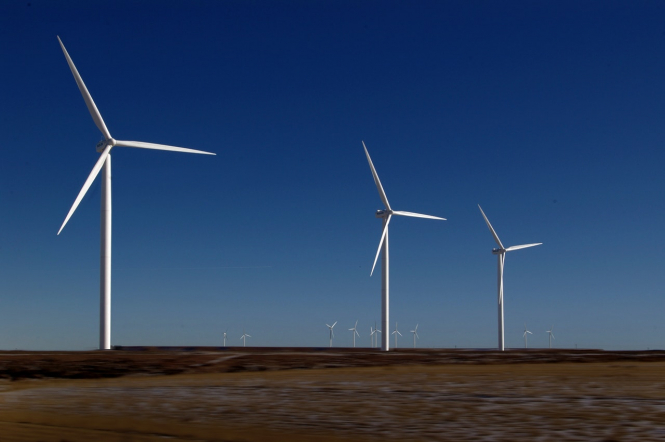 The plan, known as la programmation pluriannuelle de l’énergie (PPE) (which translates as "multi-year energy programme"), aims to reduce the use of nuclear energy for electricity production in France, replacing it with renewable energy sources.

But the plan is not without its critics. A recent opinion column in newspaper Le Figaro signed by 22 high-profile opponents questioned - in light of economic problems caused by Covid-19 -:“Isn’t it time to return to real priorities? Let’s stop supporting new wind farms in France and give what’s left of our resources to saving our country".

The letter claims that wind farms are “deadly for landscapes and our fishermen, useless for climate defence and will soon be insupportable for the finances of individuals, as well as the state".

One of the authors of the column, economist Partice Cahart, told Le Figaro: “The idea is to build higher and higher to catch the wind. Current wind turbines only work at 24% of their strength. They don’t work all the time, or [they] go slowly. Their output in terms of electricity production is pathetic.”

A current project in the Ardennes (Grand Est) has seen the authorisation of 65 turbines more than 200 meters high. Wind turbines in Hauts de l’Armançon, in Yonne (Bourgogne-Franche-Comté) are close to 240 meters high.

However, many new wind farms are expected to be located offshore. As President Macron stated in a meeting on ecology in Pau on January 14: “The consensus on wind farms is noticeably weakening in our country. There are offshore wind farms that we have developed and revitalised, but more and more people don’t want to see wind farms close to where they live.”

Still, detractors argue that wind turbines are not cost-effective (as they are largely manufactured outside of France) and that they are not as good as they seem at combatting climate change.

Read more: Charities to benefit from windfarm in eastern France

Around 75% of France’s energy currently comes from nuclear sources, and Denis de Kergorlay, president of cultural heritage body Europa Nostra, and co-author of the opinion letter, believes this should continue.

“Many French people are convinced that nuclear energy is harmful for the environment,” he told Le Figaro.

“However, it’s the opposite: it is a friend of the climate, even if we know its inconveniences, its risks and the problem of nuclear waste. The fact that our country chose to promote nuclear energy in the 1970s and 80s explains why today we are among the best on the planet in the fight among climate change."

While France does produce less CO2 than neighbours Germany and the UK, a 2019 report found that France is failing to meet CO2 reduction targets in agriculture, energy and waste.

The PPE plan proposes that by 2023, 27% of France’s energy will come from renewable sources, such as hydroelectricity, bioenergy, land and offshore wind farms, renewable marine energy, and photovoltaic energy (energy created by light).

Sounding off over turbines