Mountain refuge in France seeks guardian - must like crowds 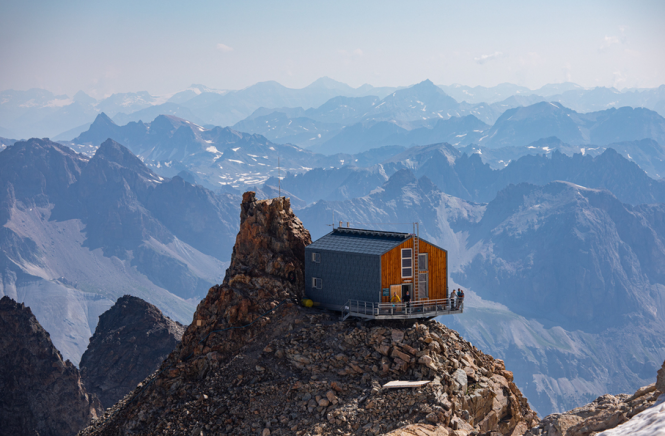 L’Aigle is perched in the middle of the Les Ecrins range in south-east France Pic: FFCAM

The club that runs the official network of mountain refuges in France is seeking a guardian for one of the most spectacular of them all: L’Aigle, in the middle of a series of peaks in Hautes-Alpes.

Starting on April 1, the caretaker will stay in the refuge, perched at 3,450metres in Les Ecrins, until September, with one week’s break.

The job will not suit those seeking to get away from the crowds – the refuge comprises one large room, serving as both a dormitory for up to 30 and a kitchen/dining room.

In normal years, between 1,100 and 1,500 people spend the night there, with the fee going to the Fédération Française des Clubs Alpins et de Montagne (FFCAM), and profits from meals going to the guardian.

Conditions so high up are often cold, but the refuge benefited from an extensive renovation in 2014.

At the time, caretakers recalled on French TV seeing temperatures of -6C inside the shelter, something which made preparing breakfasts difficult.

As is often the case with French job applications, a full folder of supporting documents will be required to accompany the CV.

Preference will be given to people who have a diploma in mountain refuge keeping, offered by the University of Toulouse, which requires at least 340 hours of lectures and 210 hours of work experience.

Sponsored by the FFCAM, the course is free, with only accommodation and transport costs to be paid by students selected for it.

Mandatory winter tyres in France: key details to look out for