I had no lectures due to a year-long strike 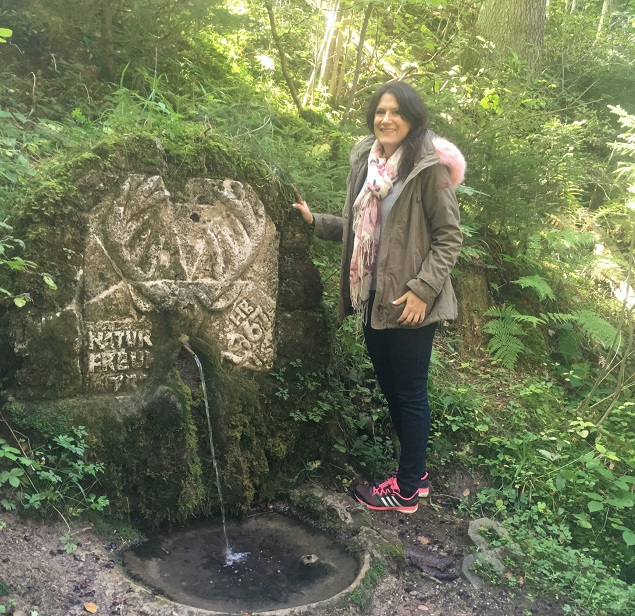 Ursula Young has lived in several countries, including the US
By James Harrington

France was another stage in a well-travelled life that had already taken Ursula Young to several countries before she entered teenage years.

She was born in South Africa, but moved with her family to the US at the age of three due to her now-retired father’s job with a multinational pharmaceutical company.

She returned to the Rainbow Nation, then lived in Germany for four years before landing in France, aged 13.

Ursula, now 31, said she looked forward to life in France: “I remember feeling quite happy and excited about the move,” she said.

“It was about a year before I could have a conversation in French,” she admitted, “but I went to a semi-international school, so I made expat friends – mainly from Canada, the US, Australia, Mexico, Argentina.

“The fact that I was not the only one learning French made it easier – I felt less self-conscious practising French with other foreigners.

“I went to Cité Scolaire International in Lyon, which is a French school with inter-national sections.

“The first year I only had two classes in French: French as a foreign language and maths for non-French speakers.

“My other classes were in German – I was doing the dual programme to get a French and a German diploma.

“Quatrième (age 14-15) was not so difficult, just intense French classes with other expat kids and maths at a lower level than what I was used to, so it was a breeze.”

But then, life got much more difficult. “In troisième (15-16) we got thrown into the deep end and we were expected to take all classes in French.

“After just one year, I had to read French literature from the 1700s, learn chemistry, biology and everything else in French.

“My French classmates were not very helpful, and I was still mainly mixing with expat students. The teachers graded us as if we were French.

“I had anxiety during this time. I wasn’t used to French teaching, and I put a lot of pressure on myself to do well, so I suffered when I didn’t.

“Things got better towards terminale as my French improved, but I found learning everything in a new language was a huge struggle.”

After a brief flirtation with fashion design at a private college in Lyon, Ursula changed tack, and went to university in Aix-en-Provence, where she majored in Chinese, got a degree in Chinese studies, then enrolled on an MA in Asian studies.

Not everything was rosy at university in France, she said, due to a year-long strike which meant she did not have any lectures – but her course took her overseas. “If I could choose again, I would not choose to study in France,” she said. “In France, there are also no sports teams or extracurricular activities that make university life fun like in other countries.

“The only reason I also did my Masters in Aix was because I got an EU scholarship. The first year was in Hong Kong.”

After finishing her postgraduate degree, Ursula travelled again. “I moved back to Asia. First I interned in Shanghai, then I got a job in Hong Kong. Then I returned to France for a while, and worked in London.

“I did another traineeship programme at the EU in Brussels before moving back to Shanghai in 2016, and worked there for another year.

“I came back to Lyon, did some freelance translating and teaching work – and now I’ve settled in Hamburg!

“Now I am doing another degree in occupational therapy and working freelance as a language teacher and interpreter.”

Although her life is now in Germany, Ursula still has links to France: her now-retired parents divide their time between Lyon and rural Auvergne.