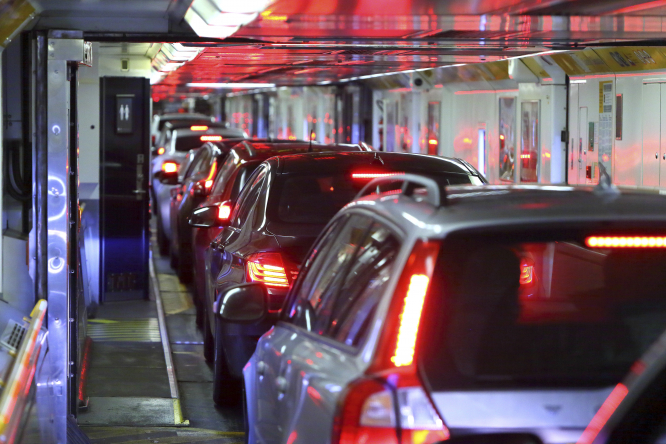 The Eurotunnel / Le Shuttle website states that people planning to use its Le Shuttle Passenger Service will not necessarily have to quarantine on return to the UK.

“Our understanding of the UK Government’s position is that if you drive through a country that is not on the list for quarantine exemption on your way to the UK, without getting out of your car, or allowing anyone to enter your car, then there is no additional need to self-isolate on your entry to the UK. You must check the status of all the countries you have visited, in which you have got out of your car,” the website states.

As Germany is on the UK's list of countries exempt from quarantine measures, quarantine should not be necessary.

A spokesperson for Eurotunnel told Connexion that proving that you did not have any contact with people from France on your way through the country is not the responsibility of the company, but for the UK border police to decide. The spokesperson said that Eurotunnel is ensuring only that contactless travel is in place, which involves travellers not leaving their car while using the service.

Anyone travelling to the UK via the Eurotunnel / Le Shuttle will need to complete an online form, which is available here.

Anyone holidaying in a country deemed safe by the UK who chooses to drive through France to take a ferry back to the UK will be obligated to self-isolate for two-weeks on return to the country.

Brittany Ferries, which recently announced big cuts to services due to the financial impact of these quarantine measures, has described this rule as “nonsense” and that it has sought "urgent clarification" from the Government over the ruling which puts [ferries] "at a disadvantage for no apparent reason”.

As for flying or taking the train, anyone who transits in France on their way back to the UK will have to quarantine for two weeks.

“You’ll still need to self-isolate if you’ve visited or made a ‘transit stop’ in the previous 14 days in any country that is not on the list. A ‘transit stop’ is a stop where passengers can get on or off a coach, ferry, train or plane. Your ticket should say if a stop is a transit stop,” the UK government website states.

At 04:00 on August 15, the UK’s foreign office (FCO) changed its advice for travel to France to only essential travel due to the country’s rising number of coronavirus cases. It also introduced a mandatory two-week quarantine for anyone travelling from France to the UK.

This prompted a rush of tourists in France to race home to the UK, resulting in a busy day for Eurotunnel services.