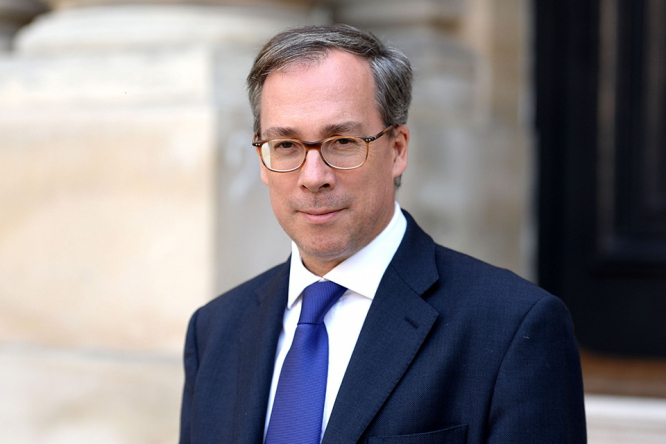 “This is clearly a decision that will affect a lot of people and a lot of families and I recognise the disruption it will cause for many of them,” Edward Llewellyn told Connexion in a phone interview. Below, he answers our questions on the effects of the new quarantine measures.

Is the British Embassy in Paris hearing a lot of reports of Britons on holiday in France now flocking to airports / ferry terminals, trying to get back home?

We’ve had reports of that but I want to stress that this is not something that we’re saying that British people who are on holiday in France have to do, indeed, if someone is abiding by the appropriate social distance and protective measures they can continue to enjoy their holiday and complete it, but obviously they’ll need to take into account the need to quarantine when they get home.

If people do decide they want to return home earlier, it’s very important that they get in touch with their travel operator before travelling and make sure they have a booking rather than just turn up at the tunnel or ferry operator.

The UK government did not give people much official warning…

The [British] transport secretary has made the point that there is no perfect way of doing these things, but the decision was taken as the figures came in yesterday evening.

Why was the decision announced so late at night?

The figures came in quite late in the day, and the decision was taken in light of the latest figures.

Do you know how many British tourists there are in France at the moment?

We don’t have precise figures, but the transport secretary indicated around 160,000 this morning. This is clearly a decision that will affect a lot of people and a lot of families and I recognise the disruption it will cause for many of them.

What has France’s reaction been to the announcement of these new measures?

This is not a decision that the British government has taken lightly; it’s been taken in order to protect public health in the UK. The government has been looking very carefully at the figures in recent days, as they do all the time for every country. It’s a decision that I’m sure has been taken with a heavy heart, but [it was made] in recognition that the figures here in France have been going up and the figures in the UK are somewhat lower.

It’s very important to avoid importing the infection into the UK and seeing the numbers go up again as a result of that.

What does the French government mean by reciprocal measures?

The French government has not announced at the time we’re speaking what those measures will involve, but we’ll need to see what those involve and once we hear we’ll obviously make sure we do everything we can to let British citizens hear about that.

Do you know when that will be announced?

We don’t know exactly when but we’ll see what the French government announces in the coming hours.

A lot of people have a holiday booked to France in the coming days or weeks. What advice do you have for them?

The British government has now changed its official travel advice for France so we are now advising against ‘all but essential’ travel. So you should only come to France if the trip is genuinely essential.

What constitutes essential travel? For example, if you wanted to visit a sick family member in France, would that be essential?

When the French government introduced restrictions in the past, there were exemptions for compassionate cases like that. If you are not sure feel free to contact our services and they will advise you on that.

Is that decided on a case-by-case basis?

What advice do you have for British residents of France who are currently in the UK?

If you are a British citizen currently residing in France and you are currently on a visit to the UK, you are free to continue your visit to the UK and carry on with that, respecting of course the necessary social distancing and protective measures in place in the UK in the areas you are in.

For British people with second homes in France, what issues may they face?

For British people with second homes in France, obviously they will be affected by the measures that the UK has just announced. Any travel to France should only be on an essential basis. So, as a general rule, they shouldn’t be visiting unless the journey is essential. Then with respect to France they will have to respect any measures France puts in place and when they return to the UK, they would need to respect the 14-day quarantine.

When will these measures be reassessed?

The situation in each country is being kept under very close, very comprehensive and very detailed review.

The transport secretary has said he expects a country’s figures to be moving in the right direction for at least two weeks before considering a change, but obviously we all need to keep a very close eye on these figures.

The overriding priority is beating this virus and preventing a new round of infection taking hold. That is the absolute dominant consideration for the British government.

Are you hopeful France can turn things around?

Read more about the effects of UK quarantine: