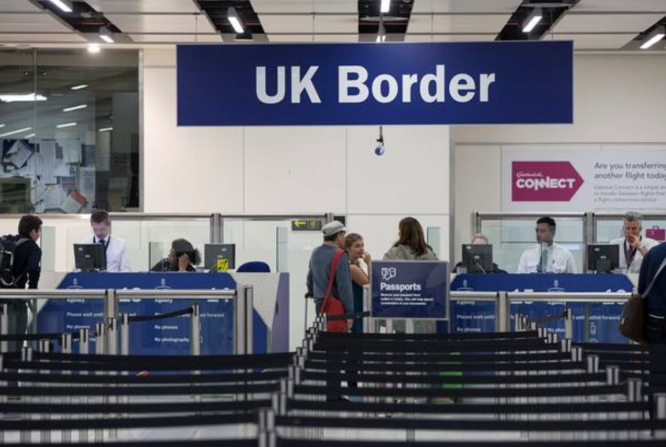 Arrivals from France to the UK will now be required to quarantine, with France set to introduce reciprocal rules imminently
By Connexion journalist

Junior minister for European Affairs, Clément Beaune, said: “we regret this British decision, which will lead to a reciprocal measure [in France], while hoping for a return to normal as quickly as possible.”

This is despite responders on the official Covid-19 helpline in France telling Connexion twice on August 10 that “there were no plans to reintroduce quarantine for visitors entering France from the UK in a ‘tit for tat’ move”.

A spokesperson for the French Ministry of Foreign Affairs told Connexion today (August 14) that they hope an announcement on any reciprocal measures will be made shortly and that the situation could change.

The spokesperson said that the measures could involve people being tested on arrival at airports, or giving information on where they were planning to self-isolate.

Read more: If UK imposes France quarantine, will France do the same back?

The British Embassy in France said the UK measure had been introduced “in order to control the spread of the virus and protect UK public health in light of the increase in positive tests in France recently”.

In its latest update this week, France showed the highest number of Covid-19 cases recorded in 24 hours in France since May: more than 2,543 positive tests out of a total number of 11,633 tests nationwide.

The number of positive tests outpaced the rise in testing overall. It equates to a 66% rise in the number of reported cases, and a 52% rise in the weekly incidence rate (number of cases per 100,000 inhabitants).

Health minister Oliver Véran stressed that testing was an important part of France’s strategy to “fight effectively against the spread of coronavirus”.

He also advised all French residents who had been on holiday, especially in areas where the virus is circulating, to get tested once they had returned home.

National health body la Direction Générale de la Santé (DGS) has also reminded the public that it is “essential” to maintain efforts to stop the spread of the virus.

Read more: Over 2,500 coronavirus cases in 24 hours in France

How will a quarantine in France work?

As during the previous quarantine, any quarantine imposed by France is likely to be voluntary. This is in contrast to the UK, where the quarantine is mandatory and breaching it can be punished with fines and harsher punishments.

France has always said that it leaves the choice up to the public’s “individual sense of responsibility and civic duty”, to do what is right to prevent them from spreading the virus.

What does ‘quarantine’ in France mean?

When the first UK quarantine - and reciprocal quarantine in France - was imposed, a French government helpline worker told Connexion: “Voluntary quarantine does not mean that people cannot go out [in France] for 14 days. They should just avoid outings as much as possible, and respect social distancing and safety guidelines.”

Those under voluntary quarantine in France were able to go for a walk or food shopping, but not to meet up with other people and it was not recommended to isolate with friends or family unless they were also in the same household as you before arrivalI

It is thought similar rules are likely to apply this time around.

A message from our Ambassador @EdLlewellynFCO following the announcement of new quarantine measures for people travelling from, or through, France to the UK.

The quarantine measure comes into force from 04:00 BST (05:00 French time) on Saturday August 15, meaning anyone still in France after that time will be required to self-isolate for 14 days once they arrive in the UK.

Who does it apply to?

The rules apply to all arrivals and nationalities, including British and French nationals, and people with second homes in either country.

The British government has published a list of people exempt from the rules.

What form do I need to fill in?

People arriving in the UK will be required to fill in a “passenger locator form” showing the UK address at which they will be self-isolating for the duration of the quarantine.

The form must be filled in before arrival, in the 48 hours before travel.

The British Embassy in Paris explained: “Once the form has been completed, it will be validated and emailed back to the applicant. The final version can be presented as a hard copy or on smartphones and tablets at the UK border.”

Relevant information, including the locator form, can be found here.

What does ‘quarantine’ actually mean?

People in quarantine are not permitted to leave their house over the 14 days for any reason, except for urgent medical treatment or to receive essential support (e.g. food or medicine which cannot be delivered). If possible, you should have all essentials delivered (e.g. online shopping).

Non-compliance with these measures could result in fines or further action, the British Embassy in Paris said.

What if I am already in France? What about travel insurance?

As part of the new rules, the UK Foreign and Commonwealth Office (FCO) is advising against “all non-essential travel” to France - which is likely to have an effect on the validity of travel insurance policies.

Read more: France-UK quarantine: how would my insurance be affected?

The British Embassy clarified: “People already in France are not being advised to leave but if they choose to change their return date to the UK, they should contact their travel provider in the first instance and ensure they are familiar with their insurance policy coverage. Travellers should only go to airports, ferry or train terminals if they have a booking.”

The British Ambassador to France, Edward Llewellyn, said: “I want to be clear that you are not being asked to leave France immediately. If you are following safety precautions and are able to self-isolate on return, then you can continue with your holiday or your visit.”

People in France are also advised to check with their insurance provider to see how the new rules may affect it, and ensure that they are following healthcare advice in France.

The new rules apply to people transiting via France to the UK, in any cases where passengers can get on /off a coach, ferry, train or plane and/or new passengers joining the journey.

You do not need to self-isolate if no new passengers get on, no-one on-board gets off and mixes with people outside, or if you are travelling in a private vehicle and the above applies.

People transiting airside (individuals who arrive in the UK but do not pass border control) will not be required to self-isolate as they are only transiting via the UK and will not cross the UK border into the country.

Where else is affected by the same rule?

The Netherlands, Monaco, Malta, and the Caribbean islands of Turks & Caicos and Aruba were also removed from the travel exemptions list at the same time (from 04:00 BST on Saturday August 15).

Authorities said this was due to a “significant change in Covid-19 risk”.