In which places does Covid-19 spread the most? 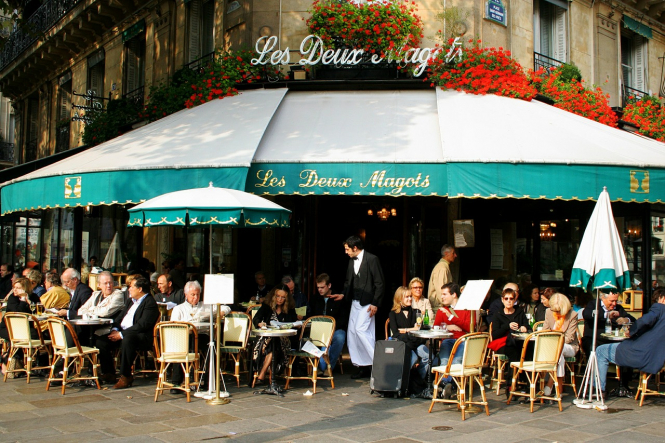 Reader question: I am always worried about going into supermarkets as it seems there is a high risk of catching the virus there, but then I also see pictures or videos of people crammed on the Paris Metro, or pupils packed into classrooms. Is there any data on the places that we are most likely to catch coronavirus?

A team of researchers in the US has published a new peer-reviewed article in science journal Nature that offers some insight into this.

They found that a small minority of “superspreader” locations account for a large majority of Covid-19 infections, and that the number of people in a place coupled with the amount of time they spend there is a major factor in spreading the virus.

The study looked at the movement of populations in ten major American metropolises, using hourly geolocation data for 98 million people. The authors then used this to analyse the evolution of the epidemic from March to May, during the first wave that hit the country.

Restaurants, fitness centres, cafés, bars, hotels and places of worship are among the places where the risk of infection is greatest, the study shows.

Doctors’ offices and food shops were next on the list, followed by other types of shops - pet shops, hardware shops, toy shops, etc.

Further down on the list is places such as petrol stations and pharmacies, where the risk of contracting the virus is lower.

However, the study does have certain limitations. There is no data on children, elderly people and prisoners, meaning that places such as retirement homes, schools and prisons are not taken into account.

Equally, there is no mention of public transport in the study.

The authors of the study note that respecting barrier gestures, such as wearing masks, washing hands and social distancing are not necessarily reasons for why the virus is spread more in certain locations, as these practices had not been widely adopted when the research was carried out.

They found that instead, it was more to do with the number of people in a place and the amount of time they stayed there.

This is why restaurants came out as the place people were most at-risk of catching Covid-19.

The authors also suggest this as a reason why economically poorer neighbourhoods are more affected by the virus.

"It is twice as dangerous to go to a supermarket in a low-income neighbourhood compared to a high-income neighbourhood, because there are 60% more people and they stay there 70% longer," Jure Leskovec, co-author of the study and researcher at Stanford University, told Le HuffPost.

Conclusions from the study

The authors suggest that post-lockdown solutions could be reopening public places with capacity limits and reduced working hours.

“Capping [public places] at 20% maximum occupancy in the Chicago metro area cut down predicted new infections by more than 80% but only lost 42% of overall visits, and we observed similar trends across other metro areas,” the study states.

They state that their results prove that disparities in infection rates among the economically poor and rich are not only due to factors such as pre-existing health conditions, which are difficult to solve in the short-term, but also due to policies on reopening businesses.

“Short-term policy decisions can substantially affect infection outcomes by altering the overall amount of mobility allowed and the types of [public places] reopened.”

France lockdown: No decision yet on reopening shops

covid-19
confinement
More from Your Questions
More from Connexion